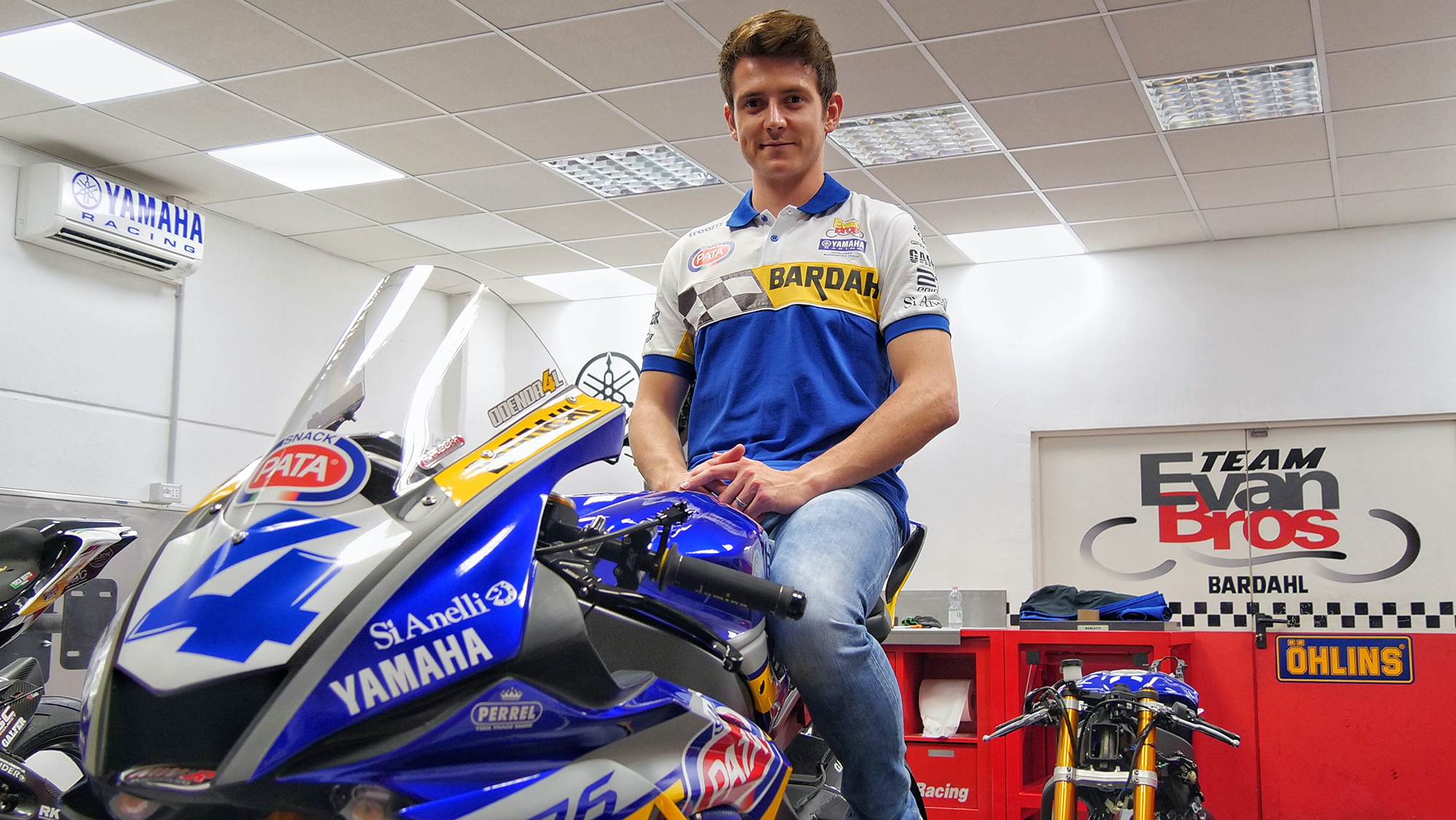 Published on November 17, 2020
By Jack Hammersley

The ex-Moto 2 rider had a favourable debut season in the WorldSSP paddock in 2020 finishing in fifth place in the championship. Odendaal is hopeful to continue the winning streak of the two-time champion Italian Team.

The former Moto2 rider is pleased to be joining the reigning world champions for 2021. He is thankful that Fabio Evangelista and the BARDAHL Evan Bros Team believe he has what it takes to bring the championship Title home again for a third consecutive year, even though it won’t be easy to repeat the results the team have achieved over the last two years.

The South African rider thanked his sponsors and family for their continued support, he can now concentrate and stay focussed on his preparation for the 2021 season. With a year’s experience with the Yamaha YZF-R6 Steven believes the team and himself make an ideal package to fight for the 2021 championship.

“I’m very excited to have this opportunity with such a fantastic team in Evan Bros Yamaha. I visited their workshop for the first time on Monday and it gave me a lot of happiness and joy because they’re such a professional team and understand what it takes to win races and championships. I really can’t wait for 2021 to start. Thank you also to my manager Jorge Lis for all his hard work and effort to help me get to where I am today.”