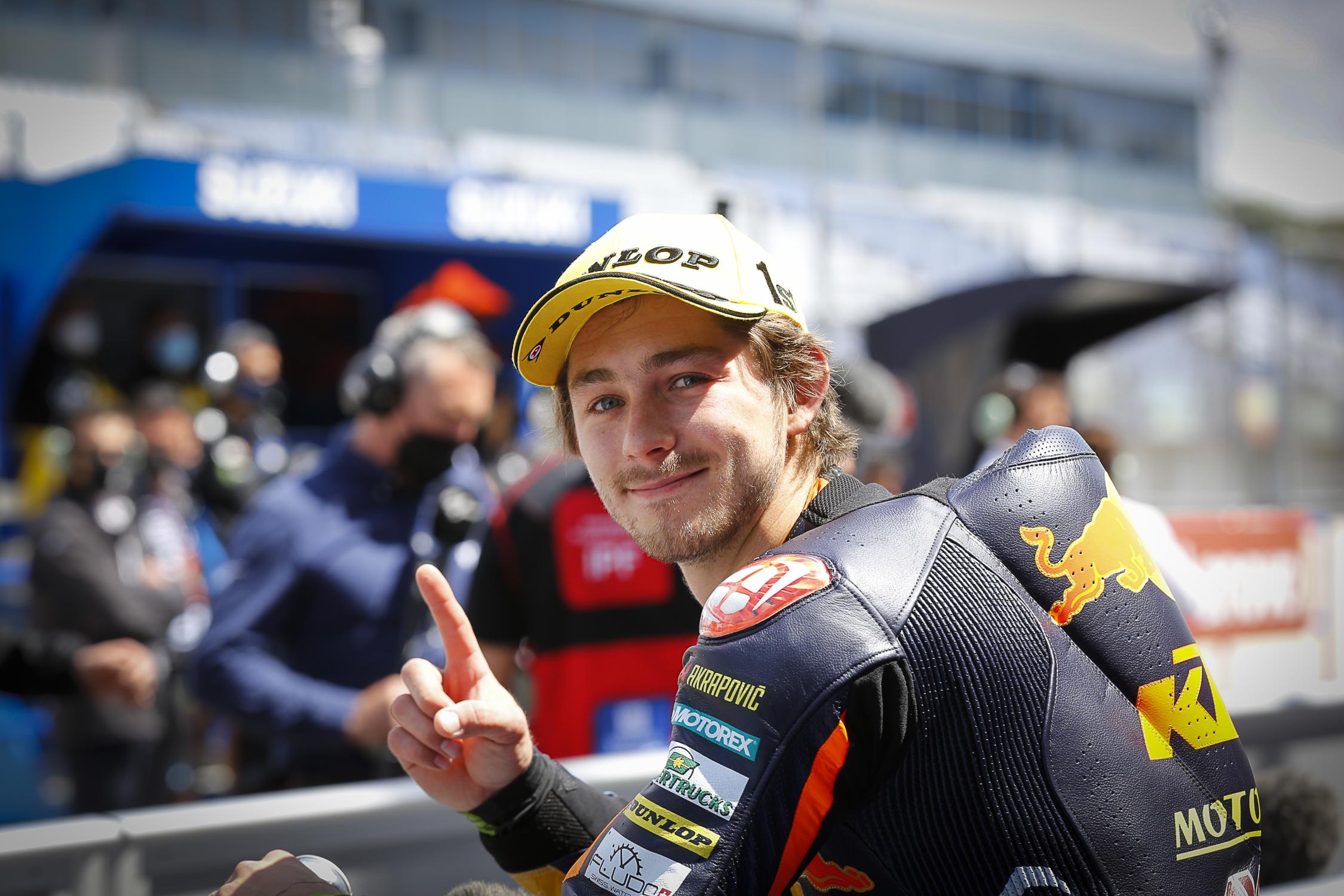 Federal Oil Gresini’s Fabio Di Giannantonio took his best qualifying position onboard the Kalex chassis, securing second place on the grid. The Italian has had a couple of disappointing weekends and looks to return to the podium in Jerez in tomorrow’s race.

Rookie Raul Fernandez has qualified in fourth place on the grid, the Spaniard took his maiden Moto 2 victory last time out in Portimão and is looking to take a second victory in Jerez and take the championship lead from his team-mate Remy Gardner. Can the Spaniard take the top step tomorrow?

Marc VDS’s Sam Lowes will start from the middle of the second-row in fifth place; the Brit nearly took his fourth pole position in succession, however it wasn’t meant to be as Sam lost the front at turn 13 but saved the bike from a crash, but then crashed at turn two ending his qualifying session. Sam will be looking to get back onto the top step of the podium and at the top of the championship standings in tomorrows race.

Petronas Sprinta Racing’s Xavi Vierge managed to seal the final place on the second-row of the grid and will be trying to stay with the front group to fight for the top five. Xavi hasn’t shown enough pace during the practice sessions, but he’ll be looking to tag along with the front runners to try and achieve a great result.

His team-mate Jake Dixon qualified in tenth position, a position which the Brit would have expected more of. Jake will be looking to score some good points in tomorrow’s race and fight through the pack to get inside the top five.