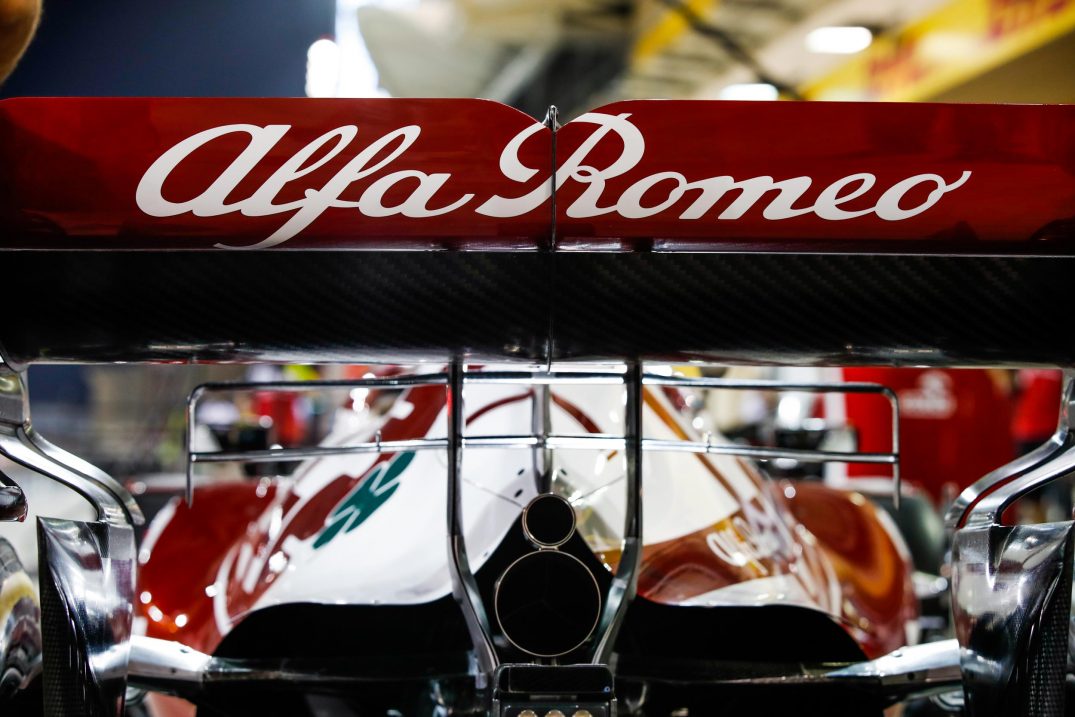 Formula 1: Who Will Partner Bottas in Alfa Romeo?

The Swiss-run Italian squad has plenty of options in mind, but faces great uncertainty and will have to await the end of the current Formula 2 season to make a final decision.

As the 2021 Formula One season is gradually nearing its end, silly season is also coming to a close quicker than usual due to most teams opting to retain their current lineups. A notable change was the long awaited signing of George Russell to Mercedes, the team that recruited him into their young driver program during his junior years. His departure from Williams allowed his former F2 rival Alexander Albon to make his F1 return, after a difficult 2020 with Red Bull left him in a reserve role for this season. Russell’s signing also came after Valtteri Bottas parted with the Silver Arrows after five seasons with them, and the Finn was eventually recruited by Alfa Romeo to replace his retiring compatriot, the 2007 World Champion Kimi Raikkonen. The main question now lies to who the second seat will be given to, and the competition for it is tight considering it’s the final vacant seat for next year’s Formula 1 grid. And with the significant regulation changes coming next season, who exactly are in Alfa Romeo’s radar, and who would the most suitable choice be?

It’s always a safe bet to stick to your current driver as long as he hasn’t brought the team down. As of late, he has not done himself any favors with a few mistakes, but it can’t be denied that luck has not been on his side for most of the year as well. He has often outpaced Raikkonen after being in the Finn’s shadow for the last 2 seasons, but his chances have often been robbed by faultless incidents, whether it’s a slow pitstop, faulty tyres, or getting hit by other drivers. Notable events would be the Zandvoort race where he qualified 7th and battled for points, and a mid-race puncture ended his points hopes. In the latest race at Sochi meanwhile, he drove the whole race without any team radio, leaving him stranded from constant race updates, strategy plans and weather forecast, the latter being a vital role at the end of the race where the rain approached quicker than expected.

Despite the misfortunes, however, the Italian has often shown consistency throughout the year, and his experience and knowledge with the car could be a vital factor for the team to consider, combined with Bottas’s knowledge of a championship-winning car.

China’s Formula 2 star currently sits second in the drivers’ championship, behind series rookie Oscar Piastri. He is in the title hunt albeit in his third season, and is desperately searching for an F1 seat as his chances decrease overtime. Luckily for him, he is currently one of the front runners for the Alfa Romeo seat. It is a controversial topic among fans as they believe more drivers deserve the chance over him, along with reports that he is set to bring a $30million sponsorship to the team, as well as him willing to part ways with the Alpine academy to get the seat. Although it is arguable whether he deserves the seat over a few drivers, it is no doubt that he still has a lot of talent in him, proven by his achievements throughout the season, compared to multiple F2 veterans over the years who also tested for some F1 teams yet still struggle to win a single F2 race.

However, he has also done himself no favors in the last race weekend filled with mistakes, spinning and stalling his car in the sighting lap of Sprint Race 1 and finishing 6th in the Feature Race after a bad start from fourth on the grid. It was also not helped by Ferrari junior Robert Shwartzman taking a podium in front of his home crowd the same weekend, as well as outracing Zhou to 4th in the Feature Race, putting himself back in the title hunt and sitting just 7 points behind the Chinese driver. Aside from his slump, Alfa Romeo is only willing to offer Zhou a one-year deal, while he is still trying to negotiate for two years instead.

To many teams and fans alike, it’s almost a no-brainer to recruit the best rising talents available, especially someone like Piastri who wins the F3 championship and leads the F2 standings by an impressive margin the following year, similar to George Russell and Charles Leclerc. However, being an Alpine academy driver is a big reason why he is not in Alfa Romeo’s radar as much as others. The Aussie has made a statement this season by topping the F2 standings on his rookie season ahead of fellow Alpine academy driver Zhou, easily earning the priority status within the academy – a likely reason why Zhou does not mind parting ways with them to join Alfa Romeo. While it would be a big shame that Piastri might not land an F1 seat next season, he would be too good of a driver to be snubbed and will likely be promoted to Alpine if one of their drivers leave, or if they sign an engine deal with a customer team.

A main possible reason to why Piastri could be snubbed is because Ferrari’s Driver Academy has been involved with Sauber for a long time, usually placing their young drivers in one of the seats such as Sergio Perez, Charles Leclerc, Antonio Giovinazzi, and even more. While the FDA has stated that they would not interfere with the remaining seat, it is still no secret that they are preparing plenty of young drivers for their futures, most notably Robert Shwartzman and Theo Pourchaire in F2. Piastri being in the team could be an interference to FDA’s plans as he is a big future star that would ultimately block a Ferrari-linked seat for their young drivers. It is also believed that Zhou would be their temporary driver until Pourchaire and Shwartzman are ready to be recruited, if Zhou ends up joining the team at all.

The young Russian made headlines last season as an F2 rookie, winning 2 of his first 5 races and outclassing his highly-rated teammate Mick Schumacher. However, a temporary dip in form saw him fall to 4th in the standings, with Schumacher eventually taking the title through great consistency. He still finished the season with four victories and was eligible for a superlicense, but was controversially snubbed as his compatriot Nikita Mazepin brought a significantly larger sponsorship to Haas, as the American team desperately needed funds after the sketchy Rich Energy deal sent the team into dire straits financially.

Shwartzman had a rocky start to 2021 lacking some pace and making errors, as well as his new teammate Piastri making things difficult with his phenomenal performances. But the slump did not stop him from clawing back significant points with three podiums and two victories, now just 7 points behind second-placed Zhou and aiming to give Prema their first 1-2 since 2016 in the final standings, as well as proving Alfa Romeo that he is ready to race in Formula 1. His upturn in form could easily convince the team that it would be wise to recruit him as an FDA driver right away and develop his relationship with Ferrari for the long term, rather than Zhou who is only being offered a single year with the team.

Pourchaire is another member of the FDA alongside Shwartzman, and was the runner-up to Piastri in the 2020 F3 season. Although he had a relatively slower start to the F2 campaign, he took his first victory in the Monaco Feature Race, and later on took his second win at the first Monza Sprint race. He took another podium at the Sochi Feature Race, chasing Piastri for the lead all the way to the final lap. He currently sits 5th in the standings, and will be eligible for a superlicense as long as he stays where he is. He had also turned 18 this year, therefore he is now at the legal age to compete in Formula 1.

However, promoting him now could be quite a far fetch, as Shwartzman’s recent upturn in form and his much closer gap to the championship lead makes him the more ideal choice. Aside from that, Pourchaire could easily do an additional F2 season and fully focus on the championship. An early move could also backfire as seen with Nikita Mazepin, last season’s 5th place finisher who landed an F1 seat over 4th-placed Shwartzman and runner-up Callum Ilott. The big jump proved very difficult as he currently struggles to match his teammate Schumacher’s pace, and the Russian has sadly become a laughingstock among the F1 fanbase despite his genuine passion for racing. Pourchaire has shown a lot of promise at such a young age, with his F3 record and flashes of brilliance in F2 proving that there is still much more he is capable of.

The Dutchman is still in search for an F1 seat after winning the 2019 F2 campaign, as well as the Formula E title this season. He is a fan favorite and was highly anticipated to be signed to Alfa Romeo, after Williams opted for Alex Albon instead, with the Thai’s F1 experience being the main deciding factor. A few weeks ago it was rumored that he had signed a contract and was just awaiting announcements, which turned out to be false. Besides being a Mercedes driver, he is also going to turn 27 years old next season. While his age would surely not affect his performances, he would be relatively old for an F1 rookie as a lot of teams in many sports often take the youngest drivers they could possibly find. A driver like Robert Shwartzman holds that advantage, as well as being an FDA driver. The Russian’s current form further decreases the chances for de Vries to stay in Alfa Romeo’s radar.

Lastly, Callum Ilott is still in the sidelines waiting for any possible chance to race in Formula 1. F2’s last runner-up has shown that he deserved a chance in Formula 1 before the other candidates mentioned, but Alfa Romeo’s retainment of Kimi Raikkonen and Antonio Giovinazzi for another year had kept the Briton on the sidelines, although thankfully still landing a reserve role within the team. Looking to keep himself busy, he recently signed a short IndyCar deal on early September. It sadly came at the worst possible time as Raikkonen’s positive COVID test meant that the Finn was ruled out of the Dutch Grand Prix, meaning that Ilott’s IndyCar race deal left him unable to slot in for the weekend, as well as the next race in Monza. Due to Ilott’s absence, the team had no choice but to lend the seat to fellow reserve driver Robert Kubica. Ilott had understandably expressed his disappointment on his social media platforms after the unlucky turn of events.

However, it is silly season after all and anything could still happen. Although his chances are not exactly high, he is definitely still in consideration as he is Alfa Romeo’s reserve driver with lots of talent to show.