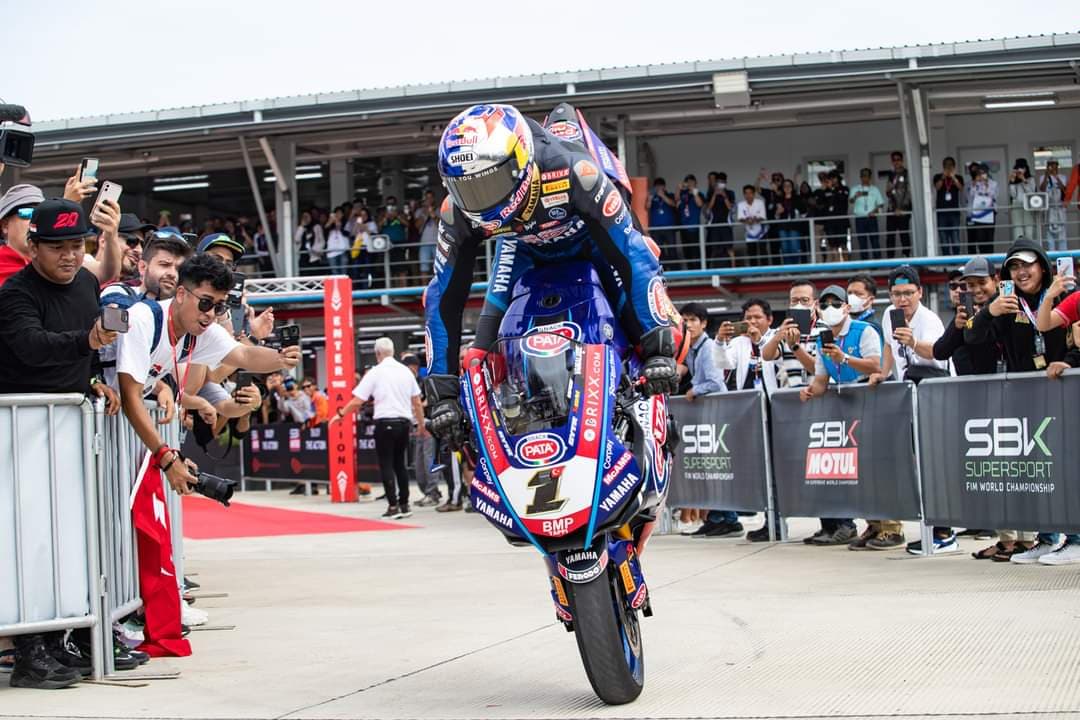 Published on November 13, 2022
By Dawn Hammersley

Toprak Takes his second Victory of the Penultimate Round of the World Superbike Championship.

Toprak Razgatligolu was on pole position for the Superpole race, Jonathan Rea was in second place with Andrea Locatelli lining-up in third place.

Lights out and Toprak lead the field of 20 riders into turn one, Alvaro Bautista was in sixth place. Alex Lowes was looking strong in fourth place.

After two laps Rea was on the back wheel of Toprak, he had to bide his time to make the move for first place. With seven laps to go Rea slipped his Kawasaki machinery underneath the Turkish rider to take the first place and lead the race. Bautista was up to fourth place just behind Locatelli.

Toprak took the lead back at turn 10, but Rea snatched the lead back on the next corner. Alvaro and Locatelli were dicing for third place.

Toprak challenged Rea for the lead again with five laps remaining to the race, the Yamaha rider made the move stick and started to pull a slight break from Rea. Bautista made a mistake and ran wide giving Locatelli a firm hold on the third place with three laps to go in the race.

Lower down the field BMW’s Scott Redding was dicing with Alex Lowes for sixth place, a much stronger ride for both of the British riders.

Toprak crossed the finish line to take his second victory of the weekend, Rea crossed the line in second place just 0.3 seconds behind Toprak, Locatelli held onto third place with Bautista finishing off the podium in fourth place, Axel Bassani finished in fifth place.

Will Toprak do the treble and take his third victory of the penultimate round in Mandalika? Will we see a brand-new champion crowned after race two?