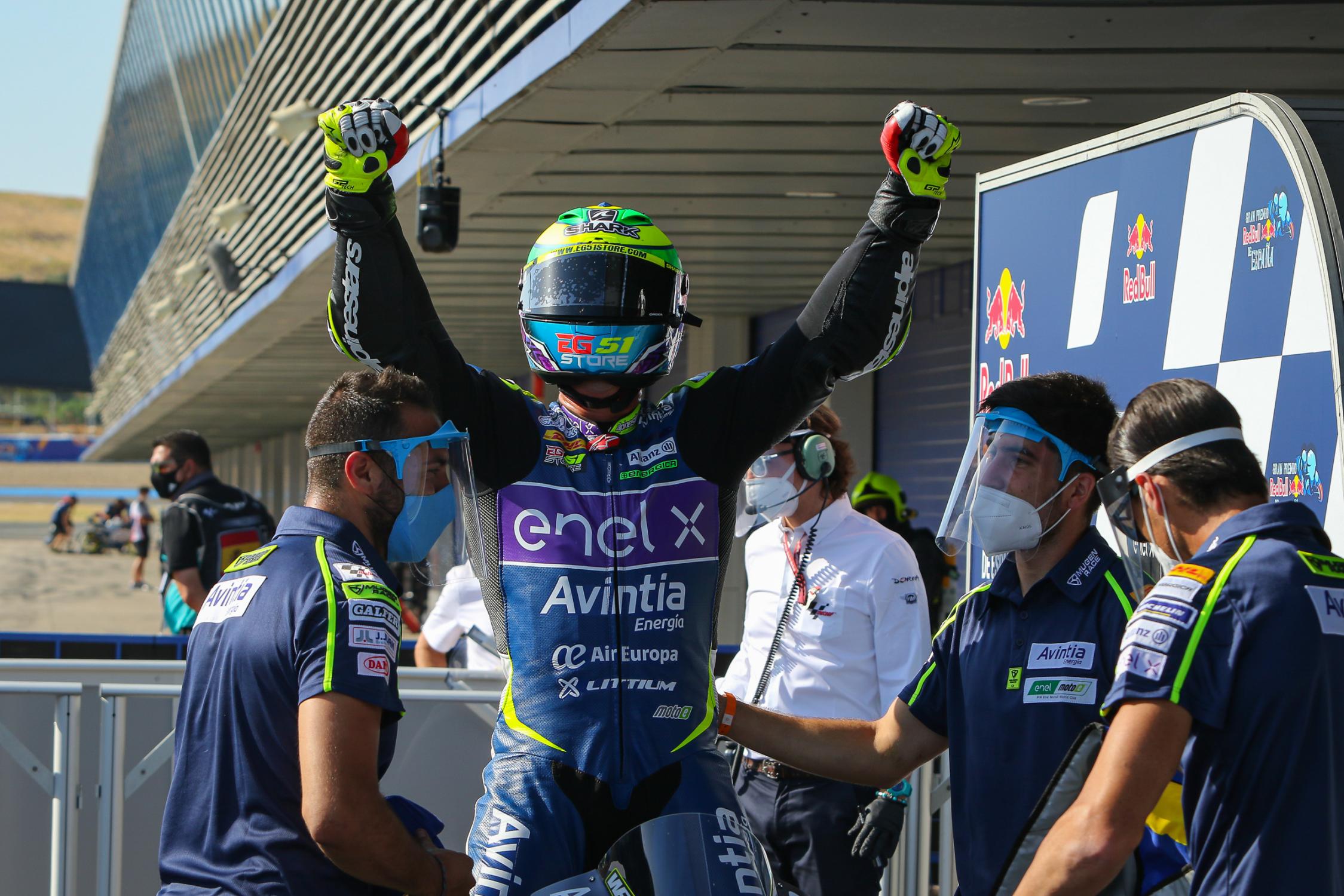 Eric Granado picked up where he left off in Valencia to claim his third MotoE victory in a row, the first of the 2020 season.

The Brazilian converted his pole position into a dominant victory finishing +3.044 clear of Matteo Ferrari who fought back to second after being beaten up throughout the opening lap.

Dominique Aegerter couldn’t make use of his front row start as the Swiss slipped to seventh after the opening lap. The former Moto2 rider picked his way through the field making a double pass on Simeon and Torres at the Dani Pedrosa corner. Despite all his efforts in the final lap, the Dynavolt Intact GP Energica rider couldn’t pass Ferrari into the last turn.

Lukas Tulovic finished fourth in his MotoE debut ahead of Mattia Casadei who rounded out the top five.

Jordi Torres missed out on a top-five finish in his MotoE debut after a last-lap effort on Alejandro Medina went wrong into turn six, running both Spaniards wide.

Xavier Simeon finished eighth ahead of Josh Hook and Mike Di Meglio who gets promoted to tenth after Alex De Angelis failed to complete his two long lap penalties for jumping the start.

Niki Tuuli ended 11th ahead of Tech 3 E-Racing’s Tommaso Marcon who fought from 15th to 12th.

Niccolo Canepa had a difficult race after crashing out of the E-Pole on Saturday afternoon. The Italian finished 13th ahead of Xavi Cardelus and Maria Herrera completed the top 15.

Jakub Kornfeil finished 16th as he makes his MotoE debut in replacement of Aprilia MotoGP rider, Bradley Smith, while Alex De Angelis completed the field in 17th despite crossing the line in 10th.

The Italian was handed a 21-second time penalty for jumping the start and failing to complete the two long lap penalties he was awarded.

MotoE returns next weekend for the second round of the MotoE World Cup from the Jerez circuit once again.