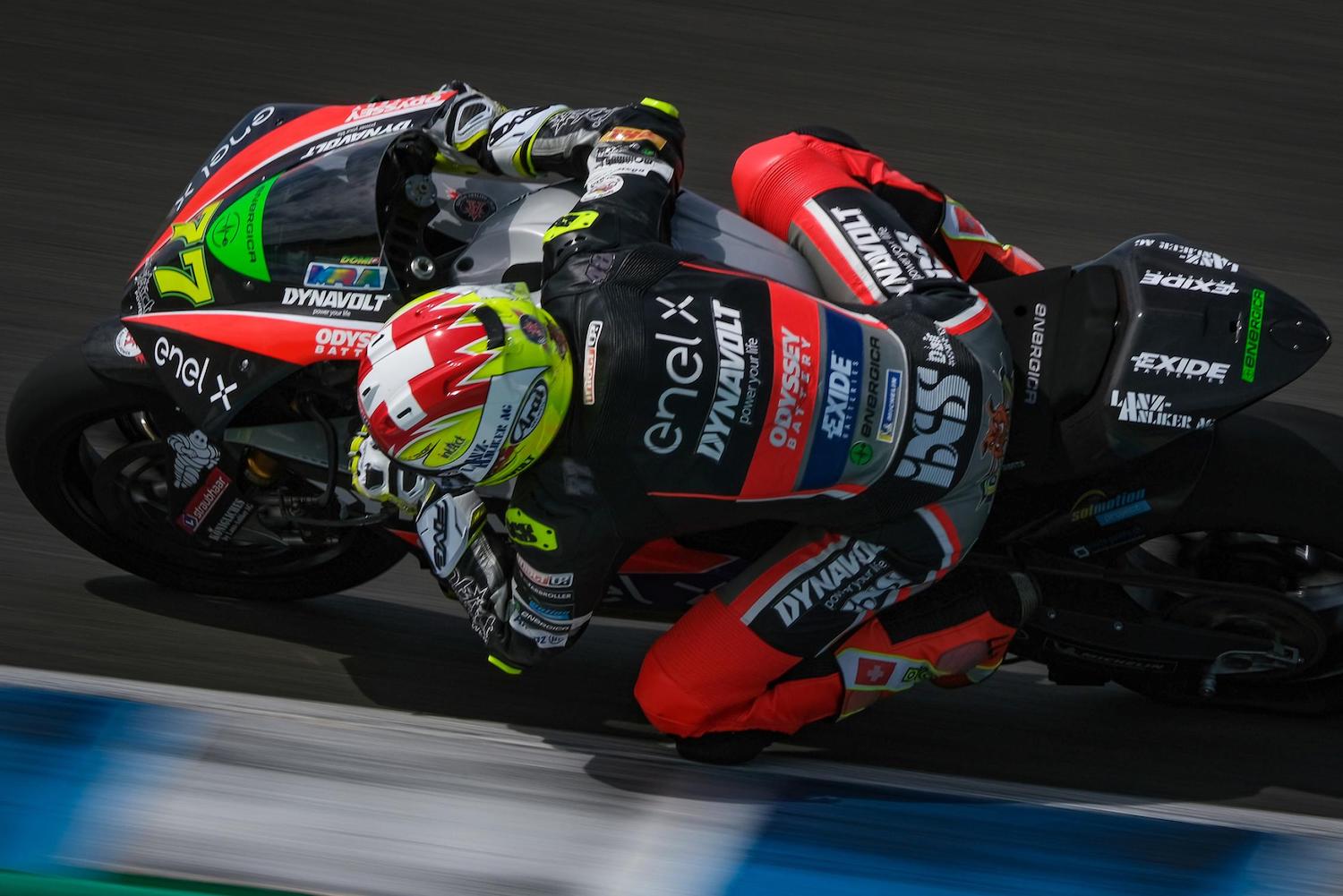 The frantic one-lap E-Pole session was nothing short of dramatic, with smoking tyres and huge moments, but that didn’t stop Dominique Aegerter, Matteo Ferrari and Lukas Tulovic who forms the front row.

The victor of the first round of the 2020 MotoE World Cup, Eric Granado, will launch from fourth position ahead of Jordi Torres and CEV front-runner Alejandro Medina.

Alex De Angelis will be hoping for better fortunes this weekend after the Italian was disqualified from the opening round of the season after failing to complete the two long lap penalties he was awarded for jumping the start.

Mike Di Meglio, Alessandro Zaccone and Jakub Kornfeil were the final three riders on the timesheets to register a lap time.

That was because Maria Ferrari had her lap taken off her due to exceeding track limits at turn four, whilst 20-year-old Tommaso Marcon was disqualified for missing the pit-lane exit time.