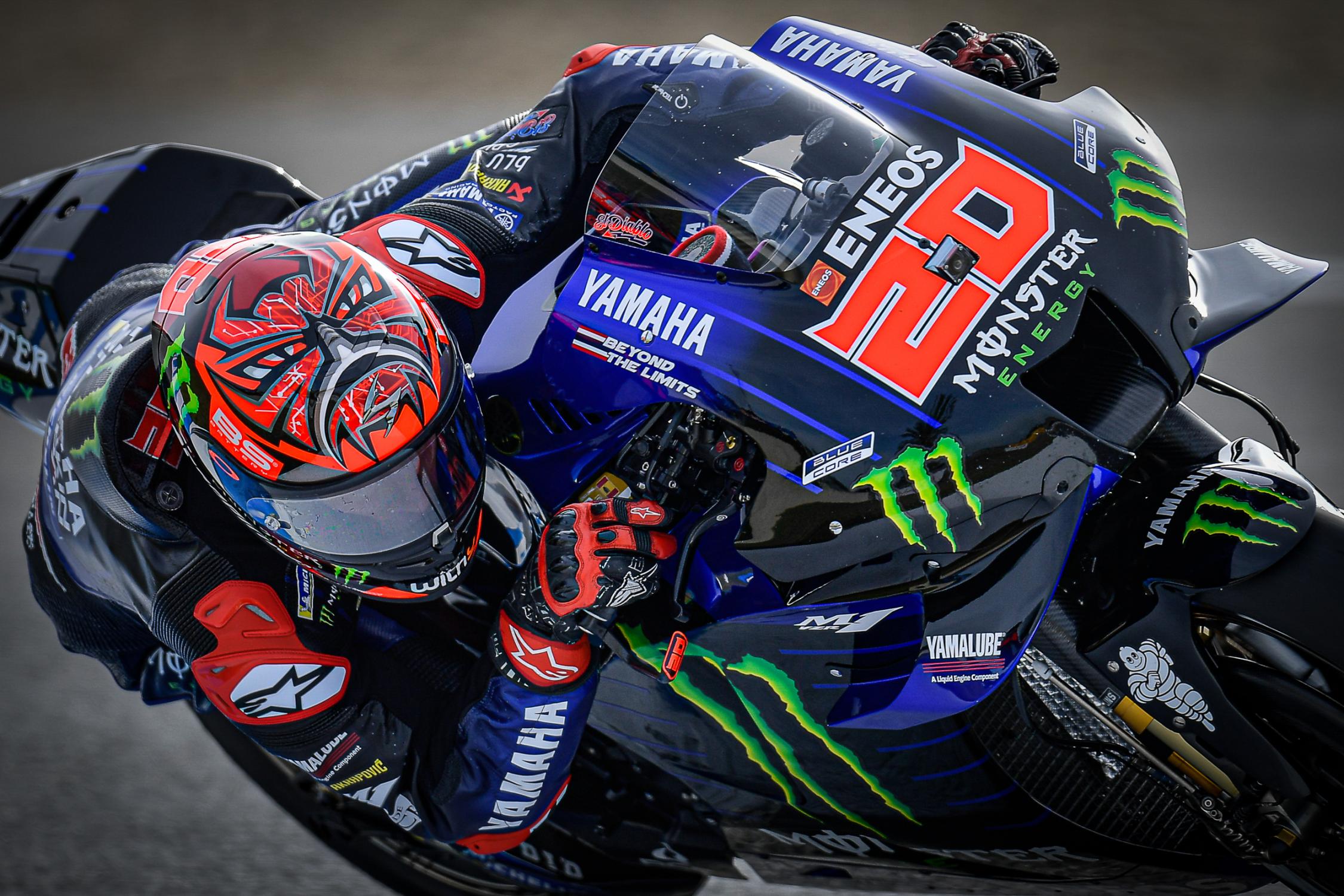 Quartararo remained untouchable throughout the qualifying session, taking the top spot with 10 minutes still left of the session. Any inkling of a Pole challenge was squashed come the end of Q2, as Quartararo’s final flying lap saw a 1:36.755 solidify his spot at the front.

Petronas Yamaha SRT’s Franco Morbidelli managed to take second place on the grid, after successful moving up from Q1 earlier in the day along with Red Bull KTM Factory Racing’s Brad Binder; the South African headed into Q2 with just one soft rear tyre remaining, and managed to take P11 for the race.

The Ducati Lenovo Team duo made their mark at the front of the pack, with Jack Miller ending the front row and Francesco Bagnaia following in fourth after swiping it from Takaaki Nakagami at the chequered flag.

Nakagami continues his promising form this weekend with a P5 start today, hopefully the LCR Honda Idemitsurider can have a decent result to match. Last year, the Japanese man ended the two Jerez rounds with a respective P4 and P10.

Pramac Racing’s Johann Zarco managed to promote himself up to 6th place on the grid at the flag, after spending the session in a provisional 10th.

Stefan Bradl yet again leads the Factory Hondas in 12th, followed by Pol Espargaro and Marc Marquez. Marquez will be looking for redemption after facing his career-worst qualifying result in 14th. Avintia Esponsorama’s Enea Bastianini closes out Row 5 in 15th place.

Miguel Oliveira will be another looking to improve in the race, after achieving a P16 on the grid, ahead of Valentino Rossi and Luca Marini.

Row 7 has Alex Marquez sandwiched between the Tech 3 KTM Factory Racing duo, with Danilo Petrucci leading the way in 19th, and Iker Lecuona ending the trio in 21st. Lorenzo Savadori and Tito Rabat finish off the grid in 22nd and 23rd, respectively.

Can Quartararo remain untouchable in the race, or will someone be hot on his rear tyre come Turn 1?