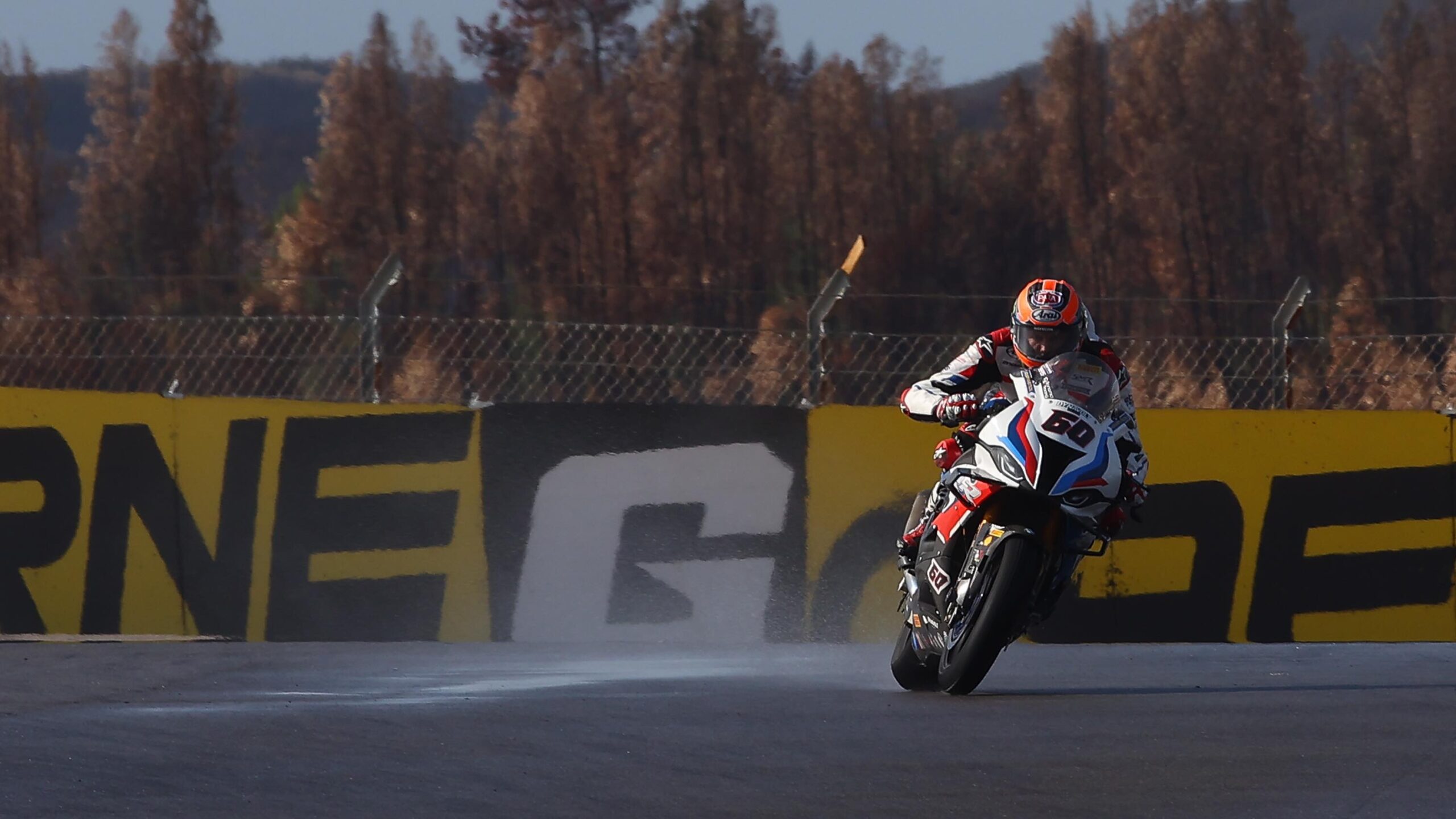 After yesterday’s dramatic Race One, what would the Superpole Race have instore for us today? The track conditions were sketchy as there had been some showers early in the morning, the sun was shining so there was a chance that the track could dry out. Most of the riders chose the wet tyre with the race just being ten laps long. Toprak was on Pole Position with his main rival Kawasaki’s Jonathan Rea in second place and Britain’s Leon Haslam in third place.

As the lights went out led the pack of cautious riders into turn one, with Toprak taking the lead into turn one with Rea in second and Redding in third, Andrea Locatelli was in fourth and Van Der Mark in fifth. Rea made his move for the lead into turn seven and behind Rinaldi went down having a huge high-side with Leon Haslam going wide. Then Johnathan Rea crashed out again, this time at turn 13, an absolute disaster for the six time World Champion.

At the end of lap one Scott Redding lead the way, Michael Van Der Mark was in second with Toprak Razgatlioglu in third and Loris Baz in fourth. Then on lap three Loris Baz went into third, overtaking Toprak into turn five, and Redding was being caught by his team-mate to be in Van Der Mark. The BMW was all over the back of the Ducati and then Scott went wide at turn five and Van Der Mar went into the lead. Leon Haslam was making up places after being caught up in Rinaldis crash, and Haslam went into fourth overtaking Toprak into Craig Jones corner.

Haslam was looking to pass Baz was just unable to make his way through as the Brit saw a chance to take second place with Redding not so far in-front. However it wasn’t meant to be as Haslam went down at turn 13 after overtaking Baz, but he was able to remount and was still in ninth place. He then went down again at turn three, putting an end to his race and will have to start from the fourth row for race two.

Toprak now leads the championship by 49 points ahead of Rea with Redding 74 points behind. The grid for Race Two is quite jumbled up in terms of the title fighters with Redding on the front-row in second, Toprak on the tail-end of the second row in sixth and Johnathan Rea will be on the fourth row in tenth and will have to use his experience from the 2017 and 2018 rules when he started from the third row to get to the front as quickly as possible.