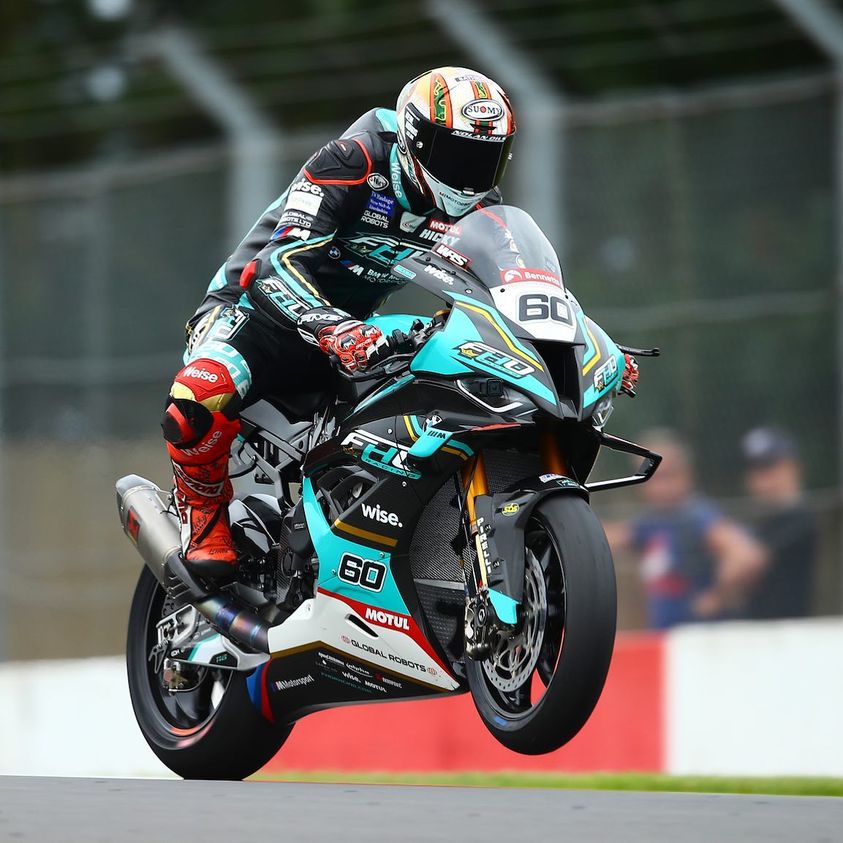 BSB: Peter Hickman Sets The Pace In The First Free Practice Session Of The Day At Brands Hatch.

Buildbase Suzuki have Leon Jeacock riding for them this weekend partnering Gino Rea. Joe Francis is participating in the final round riding for the FHO Racing BMW Team again. Former Superbike Rider Luke Mossey is making his debut this weekend for the TAG Honda Racing Team, the 29-year-old has signed a one-year-deal with the team for the 2022 British Superbike season.

As the first Free Practice Session of the day got under-way under cloudy dry conditions, it was Championship Title contenders Peter Hickman and Ducati’s Tommy Bridewell who were first and second respectively. Championship leader McAMS Yamaha’s Tarran Mackenzie was just inside the top-ten in tenth place, team-mate Jason O’Halloran was down in 14th place.

Ten minutes into the session all of the six Championship hopefuls were inside the top 11, VisionTrack Ducati’s Josh Brookes was having a solid start to his first Free Practice start of the day in third place, team-mate Christian Iddon was in sixth place.

At the half-way stage of the session FHO Racing’s Peter Hickman was still holding onto first place from Bridewell in second place, Jason O’Halloran was up-to fourth place and Mackenzie was in fifth place. SYNETIQ BMW’s Danny Buchan was down 12th place. FS-3 Racing’s Rory Skinner was in the mix inside the top-ten along-side BMW’s Bradley Ray and Andrew Irwin. FHO Racing’s Joe Francis was in 11th place, just in front of Honda’s Glenn Irwin.

At the end of the Free Practice One session it was Peter Hickman who topped the session, Suzuki’s Gino Rea was in second place, Danny Buchan finished in third place, Bridewell was fourth, Brookes was fifth, Brad Ray sixth, Tarran Mackenzie finished in seventh, his team-mate O’Halloran was tenth, Iddon finished in 11th place.

Free Practice Two is later this afternoon at 15:50, will we see any of the six Championship title Contenders having to go through Q1 in tomorrow’s Qualifying sessions?