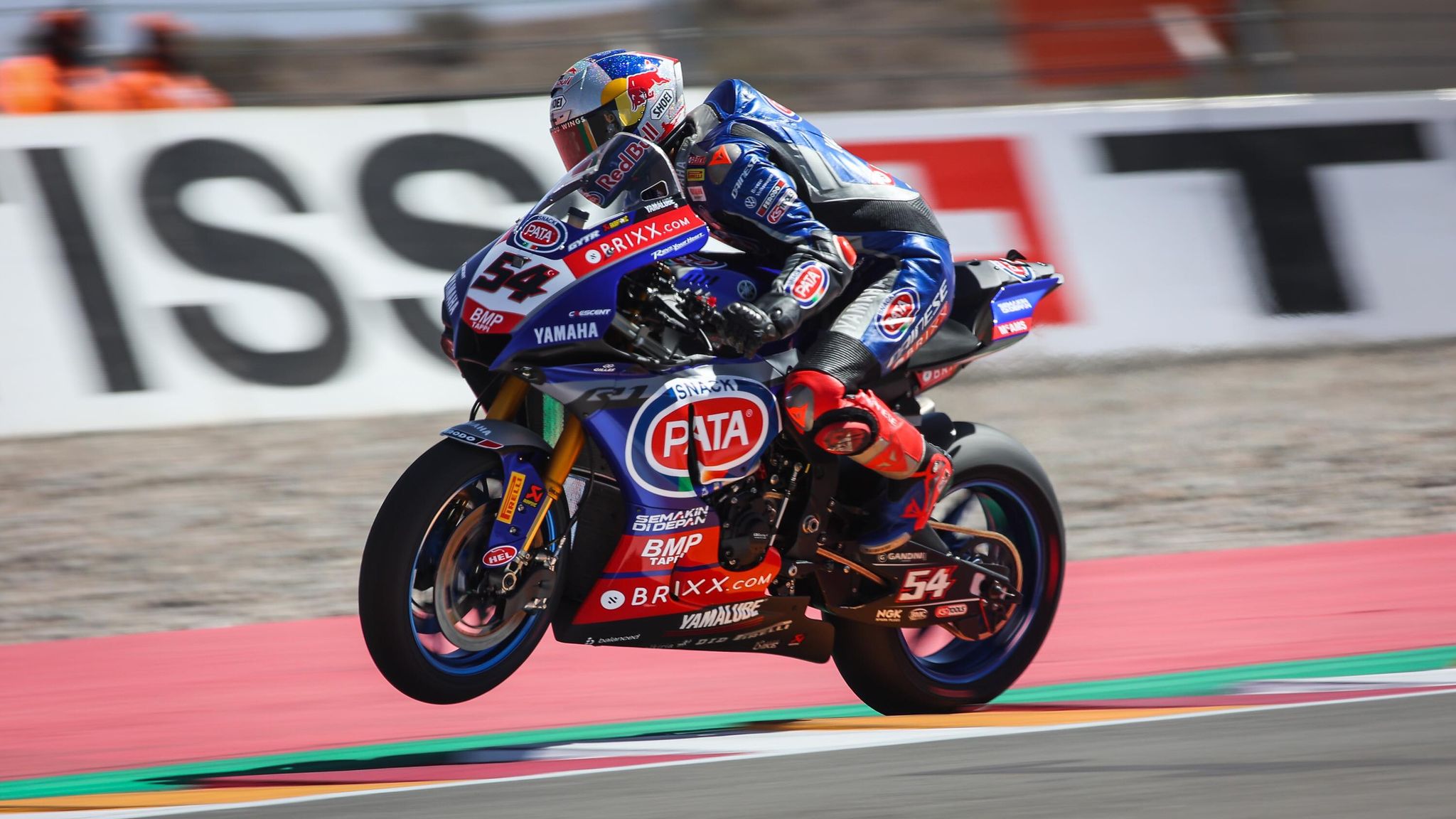 Published on October 16, 2021
By Jack Hammersley

It was clear blue skies as the first race weekend would get underway, Scott Redding started from his first pole of the season ahead of Toprak Razgatlioglu and Axel Bassani with Kawasaki’s Johnathan Rea starting on the second row in fifth. All riders were on the SCX rear tyre, but Johnathan Rea was on the harder SC2 front-tyre, would this make a difference in the race.

The lights went out at and it was Toprak Razgatlioglu who took the holeshot into turn one with Scott Redding in second who then crashed losing the front and that could be the end of the Ducati riders championship hopes. Johnathan Rea made a great start into second place and his team-mate Alex Lowes was in third. Andrea Locatelli was in fourth and Axel Bassani was fifth. Scott Redding had remounted and was in 21st place.

Axel Bassani made his move for fourth place into turn one, out-braking Locatelli and making the move stick. On lap three Alvaro Bautista who won at the circuit in 2019 was having a poor weekend after his previous three rounds and it didn’t get better with the Spaniard crashing out of the race from the top ten.

On lap four, Axel Bassani used the straight-line speed of his Ducati to move up into the podium places, getting in-front of Alex Lowes.

By the end of lap five Toprak had a 2.2 second lead over Rea and was continuing to extend the gap every lap. Eugene Laverty was having a fantastic ride in eighth place holding off Garrett Gerloff and Leon Haslam.

Michael Ruben Rinaldi despite having problems with his right foot was able to make his way through on Andrea Locatelli down the back straight to get into turn top five.

By lap ten Scott Redding had managed to get into the points paying positions as he was trying to salvage all the points possible after his lap one error.

With six laps to go Scott Redding had passed Laverty to move to tenth place, a great recovery ride to the top ten for Redding.

Lowes was behind Bassani for a few laps and with four laps remaining made his move at turn seven and was able to defend the Ducati down the straight and was securely into fourth place.

Toprak Razgatlioglu took the win ahead of Rea in second with Rinaldi rounding out the podium in third, Alex Lowes on his return finished in fourth place and Axel Bassani finished in fifth. Michael Van Der Mark was sixth, Garrett Gerloff seventh, Andrea Locatelli was in eighth. Scott Redding recovered to ninth and Leon Haslam was tenth.

Toprak accidentally did an extra lap not realising the race had finished.

Toprak extends his lead in the championship to 29 points ahead of Johnathan Rea with Scott Redding losing 16 points to the championship leader and is now 72 points behind and now had to win both races tomorrow with Toprak outisde the top two to stay in contention.