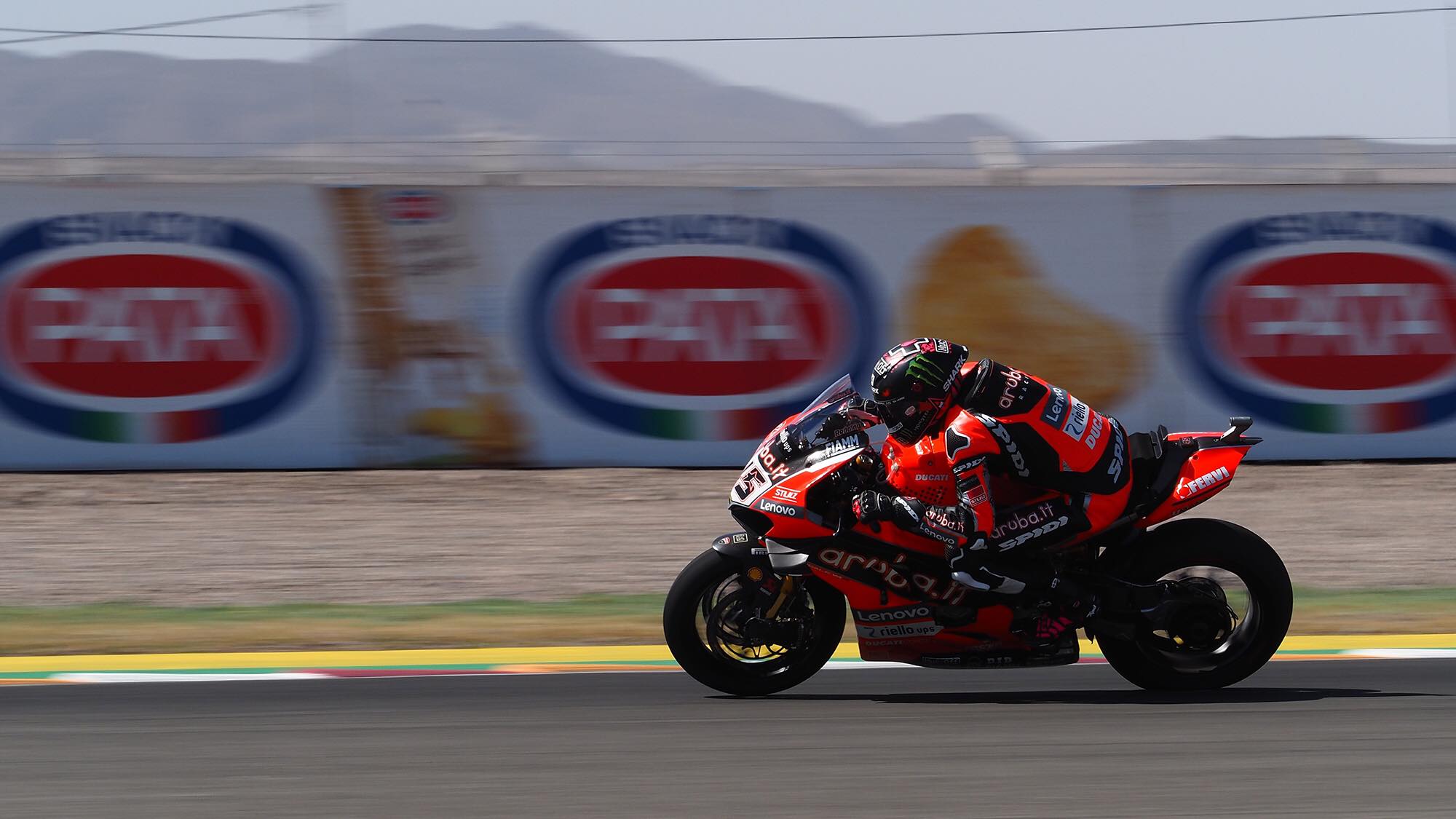 Published on October 17, 2021
By Jack Hammersley

Alex Lowes was declared unfit for race two due to his right wrist injury. Toprak Razgatlioglu started from pole with Scott Redding in second and Johnathan Rea in third.

The lights went out and Toprak lead the way ahead of Rea and Redding, Rea made a move into turn nine, but Toprak fought back at turn ten. Redding then attacked on the start finish straight, but Rea retook the place at the exit of turn one.

Axel Bassani made a move on Redding into turn six, making the move stick. Toprak then ran wide at turn eight and gifted Rea the lead of the race. On lap three Toprak was able to out-brake Rea into turn ten to lead once again with Bassani and Redding right behind in third and fourth.

On lap four Rea made a move at turn seven on Toprak and Redding also taking Bassani, Toprak was able to make a move into turn eight with Redding following moving into second place.

Redding used the power of the Ducati to pass Toprak down the back straight with Bassani doing the same with Rea, but Rea fought back at turn nine. Redding then out-braked himself and dropped down to third.

Rea retook the lead on lap six at turn seven, but Toprak was able to out-power the Kawaskai. Toprak was one second slower than yesterday, looking to be suffering with rear-end grip.

Toprak set the first 1:37 lap time on lap seven, but Rea and Redding was still right behind the Yamaha. Onto lap eight and Redding moved up into second, passing Rea at turn one and he would now try to overtake Toprak. Redding passed Toprak at turn eight, but ran a little bit wide and Toprak went straight back through into turn nine.

Redding made his move on Toprak and made it stick at turn seven, could he hold on?

Into the halfway stage and Redding had pulled a gap of seven tenths of a second and was setting a hot pace, setting the fastest lap of the race.

Three laps on the bounce Redding set the fastest lap of the race and had pulled the gap to Toprak to over 1.5 seconds. Rea made a move on Toprak into turn seven, but Toprak attacked back at turn eight.

With six laps to go Rea attacked Toprak at turn one and held him off into turn two and was able to make a gap over his championship rival.

Toprak leads the championship by 30 points ahead of Rea, Scott Redding is now out of the title fight. Who will be crowned champion in five weeks time at Indonesia?