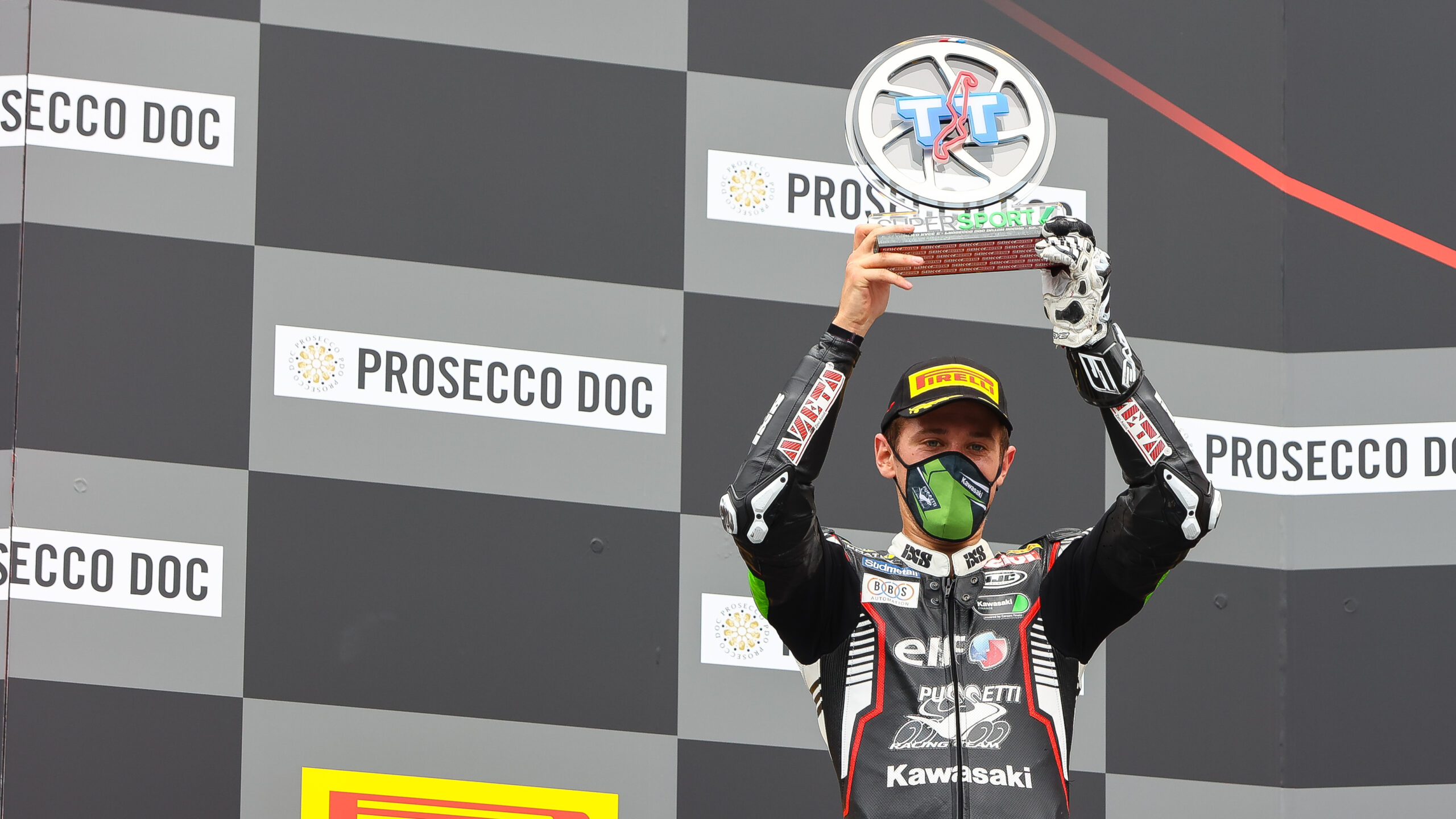 Published on November 2, 2021
By Jack Hammersley

Another rookie will join the MOTUL FIM Superbike World Championship grid in 2022 with Germany’s Philipp Oettl joining Team GoEleven for the next two seasons following his two years in World Supersport. Oettl has been a regular podium contender in the Supersport class, having scored 11 podiums and one pole position. He will hope to continue showing his pace as he makes the step up to WorldSBK next season.

Oettl is a former Moto 3 and Moto 2 rider, in Moto 3 he made his debut in 2013 and took his first podium at the 2015 Indianapolis Grand Prix, finishing in third place. He then went one place better at the 2017 Austrian Grand Prix and then took his first and only victory in the 2018 Spanish Grand Prix with his highest championship position being tenth in 2017. His Moto 2 career was less to be desired as he didn’t score any points with his best finish being in the US Grand Prix where he finished 18th.

He then moved to the Superbike paddock in 2020 joining the Pucetti Racing Team and he took his first rostrum at the Pirelli Spanish Round at Jerez where he finished in third place. The German then took two more third place finished at Aragon and Catalunya. Then at the last round of the season, Oettl took a best finish of second in race one at Estoril, ending the season in third place.

His 2021 season campaign has also been strong, scoring seven podiums over the season and also taking his maiden pole position at Jerez and he will be looking to end his time in World Supersport and the Puccetti Racing Team with a maiden win in Indonesia, he currently sits in fifth place in the standings.