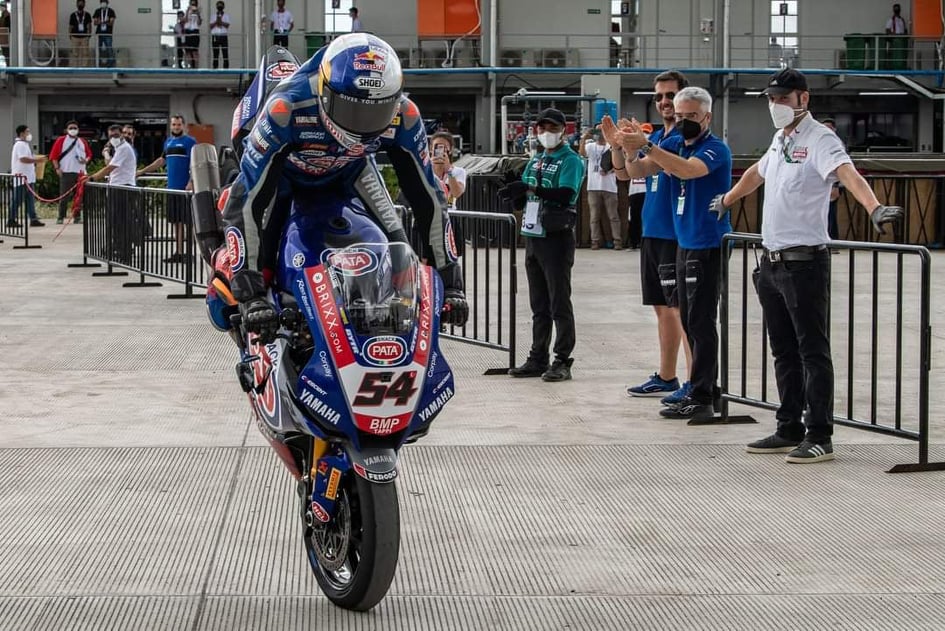 Published on November 20, 2021
By Dawn Hammersley

Toprak Dominates Proceedings At The Season Finale Of The World Superbike Championship.

The World Superbike season finale sees the WSBK Championship at The Pertamina Mandalika Circuit for the first time, the Circuit was only built this year. The points difference between Toprak and Kawasaki’s Jonathan Rea is just 30 points. Jonathan’s team-mate Alex Lowes has been declared unfit after sustaining a right AC joint separation, which occurred in a crash during FP3. Honda’s Leon Haslam is also unfit to take part in the final round due to a shoulder injury.

As the Superpole session got under-way the weather was dry, the weather can be very unpredictable at this time of year in Indonesia. Toprak was leading the way at the start of the session, Rea was in second place with Ducati’s Scott Redding in third place.

BMW’s Tom Sykes is back from injury, he was in seventh place with his team-mate Michael Van der Mark in sixth place. With three minutes to go Rea went into first place followed by Redding in second place. It was short lived as Toprak put a flying lap in and retook the top spot.

At the chequered flag it was Toprak in Pole Position for the third time this season, Rea was in second place with Britiain’s Scott Redding in third place. Garrett Gerloff finished in fourth place, Andrea Locatelli was fifth, Tom Sykes was sixth.

Race One is set to be Toprak’s chance to wrap up the 2021 Championship Title, will the Turkish rider run the perfect race and cross the finish line as the new 2021 World Superbike Champion? Will Britain’s Scott Redding be able to finish the Championship in second place?