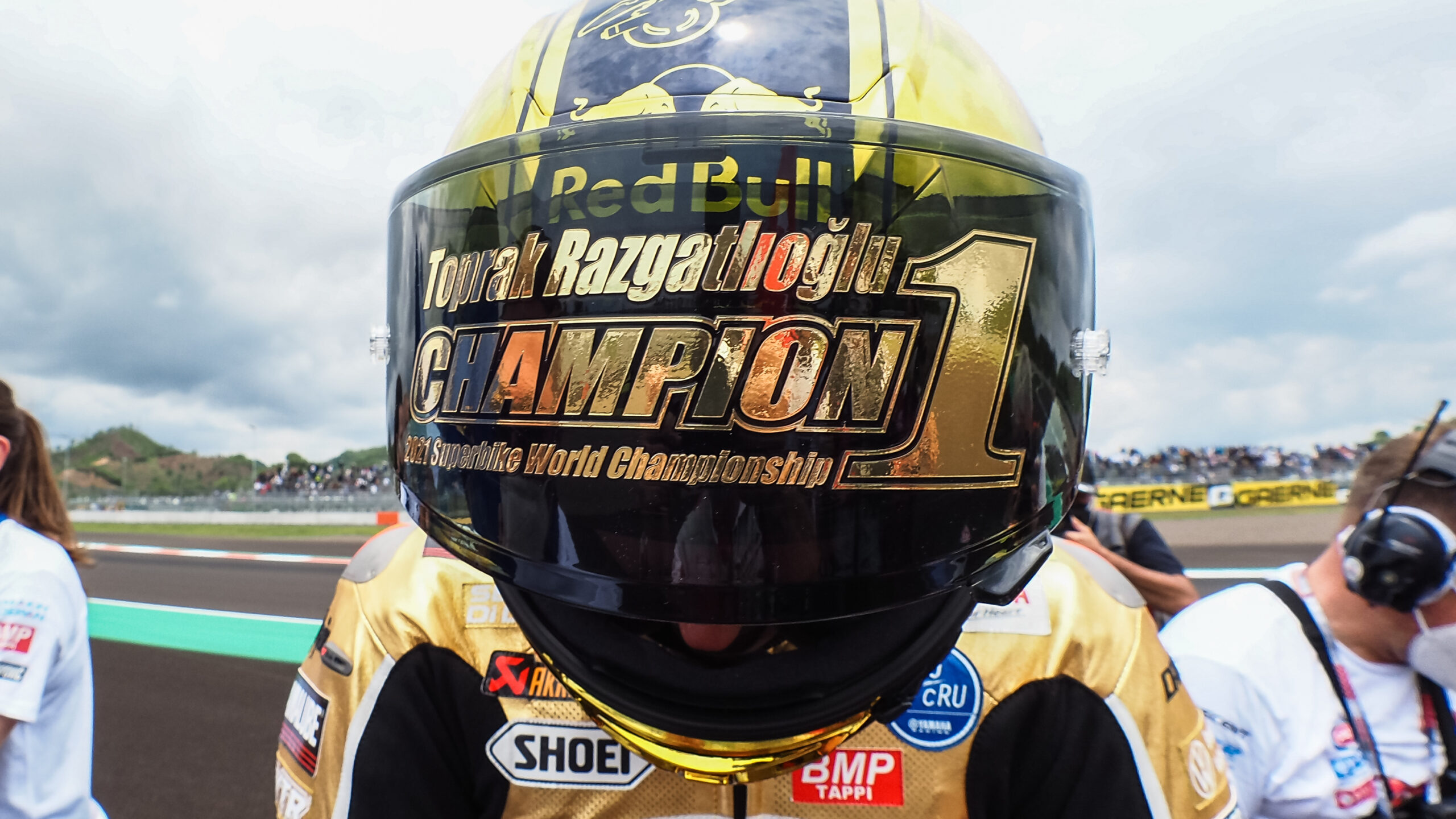 Published on November 21, 2021
By Dawn Hammersley

Toprak Wins The 2021 WSBK Championship After A Close Battle With Rea And Scott Redding In Race One.

The weather at The Pertamina Mandalika Circuit had finally settled and it was time to go racing, the front row of the grid consisted of Toprak Razgatilioglu on Pole Position, Jonathan Rea in second place and Ducati’s Scott Redding in third place. There was a very tense atmosphere on the grid prior to the race starting.

The race start was delayed due to rain starting to fall on the circuit, the race was now a 20 lap race.

As the lights went out it was Jonathan Rea who led the pack of 18 riders into Turn One, Scott Redding was in second place, with Toprak in third. Toprak took second place at Turn Ten, the conditions were very sketchy. Toprak looked settled following Rea.

Tom Sykes was in fourth place by the end of lap one, Toprak took first place from Rea on Lap Three at Turn One. Bassani was into third place, the Italian loves these kind of race conditions!

On Lap Four Rea dropped to third place, Bassani was charging forward and took first place from Toprak. Rea made a move and got back into first position, Toprak followed Rea pushing Bassani back to third position.

Scott Redding caught the the leading trio up, it was a four-way battle for first position. Toprak was so late on the breaks at Turn Ten and slipped up the inside of Rea and took the lead. Redding passed Bassani for third place, Van der Mark and Sykes were having a duel for fifth place.

With just ten laps to go Redding snatched second place from Rea, and was closing in on Toprak. Toprak ran off the track at Turn 15 pushing the Turkish rider back to third place. Redding was now leading the way with Rea hot on his heels.

With five laps to go Rea passed Scott at Turn Ten, Toprak needed to pass Scott to win the 2021 Championship Title! Toprak got the job done at Turn One and passed the British rider for second place. Toprak was pushing to catch Rea, he wasn’t going to settle for winning the Championship in second place, he wanted the first place position.

At the checkered flag Toprak crossed the finish line in second place and was now the 2021 World Superbike Champion! Both Rea and Redding pulled over to congratulate the new 2021 Champion. Yamaha also the Teams Championship for 2021, what a winning year it has been for the Yamaha manufacturer.