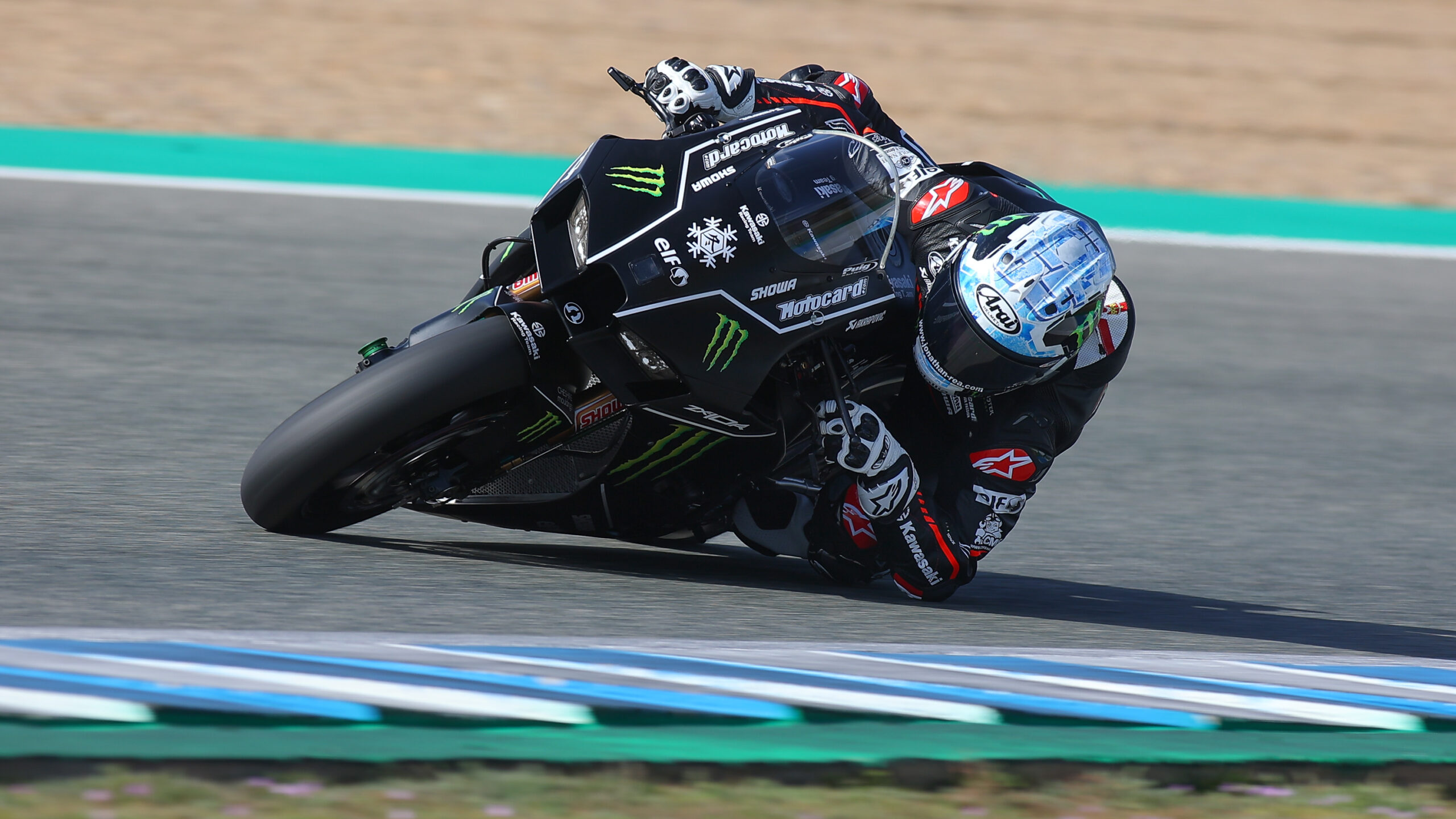 Published on January 27, 2022
By Dawn Hammersley

The World Superbike testing schedule got under-way this week with a two-day test at Jerez. The Kawasaki Team WorldSBK, Team HRC, Kawasaki Puccetti Racing, MV Agusta Reparto Corse and the G.A.P Motozoo by Puccett were all taking part in the two-day test.

Kawasaki rider’s Jonathan Rea and Alex Lowes were focusing on race tyres and both riders had new components to test. Alex ended day one at the top of the time sheets, while Rea decided to only take part in the second day of testing. Rea dominated proceedings and topped the day’s testing.

Team HRC show cased their two new-riders Iker Lecuona and Xavi Vierge. This is the Spanish rider’s second test on Honda machinery, as the pair took part in a private test in December. Both riders are adjusting to their new surroundings and felt positive after their days testing action. Team Manager Leon Camier is delighted how well the pair have performed and described Wednesday’s proceedings as “fantastic”.

The Kawasaki Puccetti Team and their rider Lucas Mahias were in action, the test was an important factor for Lucas to see how his fitness levels have improved having been absent since the end of the Catalunya Round last year.

Former British Supersport rider Ben Curry was testing with his new-team G.A.P Motozoo by Puccetti. Ben has made the step-up to the WorldSSP Championship after having many successful seasons in the British Supersport Championship, having 13 victories and a further 41 podium finishes to his name. Joining Ben in the team is former 2020 WorldSSP300 Champion Jeffrey Buis.

WorldSBK unofficial times after day one of testing: