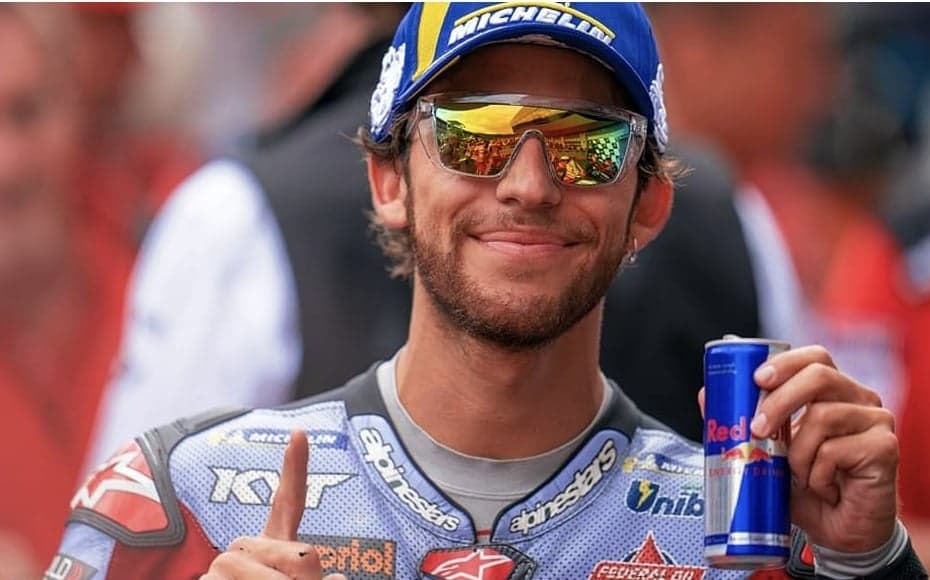 Published on September 18, 2022
By Jack Hammersley

Francesco Bagnaia was on pole position for the first time since the Dutch TT in Assen, he was joined alongside his team-mate Jack Miller and his future 2023 team-mate Enea Bastianini. Championship leader Fabio Quartararo started in sixth place with Aleix Espargaro in fourth. The whole grid was unanimous going with the hard front and medium rear.

The lights went out and it was Pecco Bagnaia who took the holeshot, Marc Marquez made up seven places to move into sixth ahead of Quartararo. Marquez had a wobble and Quartararo was down! The Frenchman had nowhere to go and was a victim of Marquez’s mistake. Takaaki Nakagami then went side-by-side with Marquez out of turn seven and he was down too! Marquez was forced to retire with a tyre problem.

Brad Binder managed to move himself up to second place making a great start, could he achieve his first victory of the season?

Miller and Bastanini were on the move, passing Binder in the next two laps. Alex Rins was one of the victims of the incidents and set the fastest lap of the race on lap three.

Luca Marini, who was ninth place, was the fastest rider on the circuit trying to bridge the gap to the top eight. Pecco was controlling the pace and Enea was looking to find a way through on Miller.

Cal Crutchlow profited very well from the collisions on the opening lap and was the top Yamaha in 12th place. Tech 3 KTM’s Remy Gardner was having a good ride in 14th place trying to get his first points finish since Catalunya.

Bastianini made a move on Miller at turn 15, this then disturbed the Australian’s rhythm and was soon overtaken by Binder and Espargaro.

On lap nine Bastianini made his move to take the lead into turn one, Bastianini ran wide into turn 12 and he was back in second place and was under pressure from Binder.

At the halfway stage Pecco had a 0.6 second gap over Bastianini with Binder, Espargaro and Miller still in touch.

By lap 14 the two Italians at the front were pulling away with just over a second gap from Bastianini to Binder. Nothing could separate the pace of Bastianini and Pecco.

With three laps to go the gap was 0.2 second between Pecco and Bastianini, Binder was still in third holding off Aleix.

Espargaro made his move for the podium at turn one with a perfect block pass on Binder, Miller was right behind them and was wanting to make it an all-Ducati podium.

Onto the last lap Pecco lead Enea, Bastianini made his move into turn seven and made it stick. Pecco was trying to look for a way passed but there looked to be no room.

Enea Bastianini held off Pecco Bagnaia to win the Aragon Grand Prix, Aleix Espargaro took his first podium since the Italian Grand Prix. Brad Binder took his best result of the season since the opening round at Qatar and Jack Miller rounded out the top five.

Fabio Quartararo after his DNF now leads the championship by 10 points over Francesco Bagnaia with Aleix Espargaro 17 points behind and Bastianini 48 points behind into the flyways.

Ducati also wrapped up the Manufacturers Championship, this is their third championship in succession; they’ll now be looking to wrap up the team’s championship.