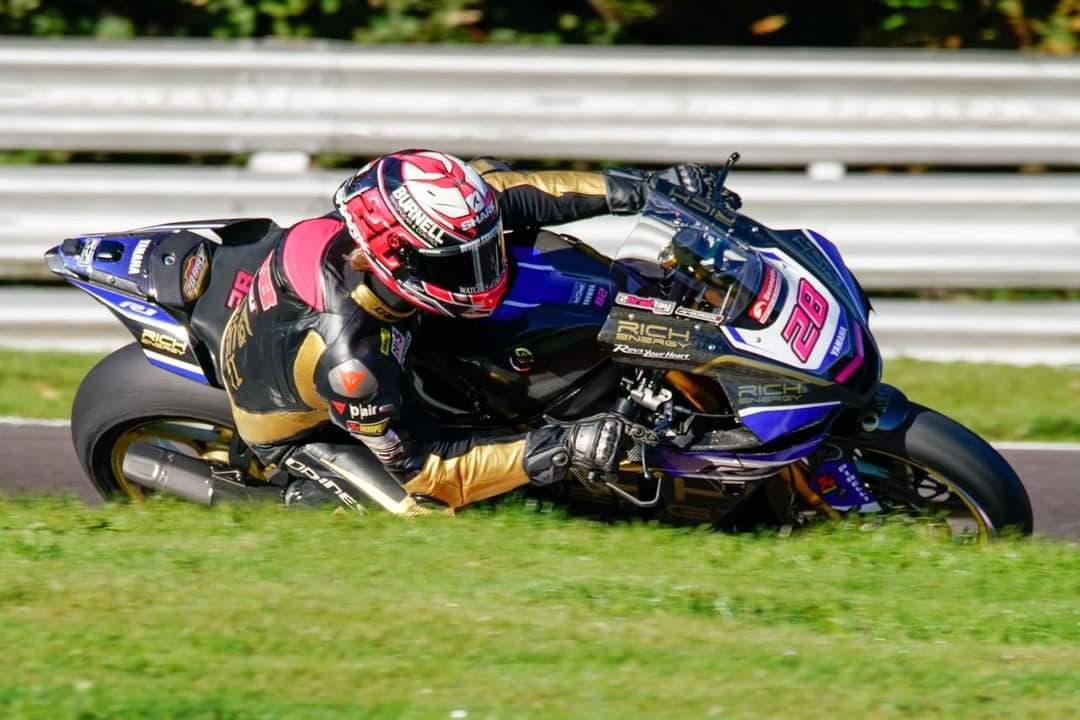 Published on September 24, 2022
By Dawn Hammersley

Brad Ray Takes the First Victory of Round Nine, Whilst Both McAMS Riders Crash Out.

The Bennetts British Superbike Championship are at the Cheshire circuit of Oulton Park for round nine of the championship, this round sees the start of the 2022 showdown. Bradley Ray set a blistering hot record lap time to claim pole position for a third time so far this season. Tommy Bridewell lined up in second place on the grid, with McAMS Yamaha’s Jason O’Halloran qualifying in third place.

Jason O’Halloran got the holeshot into Old Hall Bend, Jason had a great launch off the line, Bridewell went underneath Jason at Shell Oils to take the lead. Brad Ray was in second place until he made a move on Bridewell at Lodge to take first position.

FHO Racing’s Peter Hickman was hanging on to the leading trio after three laps of the race. Tarran Mackenzie was in ninth place just behind Rory Skinner, Lee Jackson was down in 12th place. Showdown contender Kyle Ryde was down in 13th place.

Jason O’Halloran moved into second place at Old Hall Bend, Brad Ray was unable to shake off O’Halloran, Bridewell and Hickman. At the half-way stage of the race Hickman was the fastest man on track whilst he was in fourth place.

Ryan Vickers pulled over at Clay Hill with a mechanical issue. Bridewell took second place at Island Bend demoting O’Halloran to third place. Mackenzie was up to sixth place, just behind Leon Haslam. With five laps remaining Ray started to break away from Bridewell, O’Halloran and Hickman with a 1.8s gap.

Tarran Mackenzie crashed out at Shell Oils with just two laps remaining to the race, the reigning champion has work to do now for his championship title hunt! O’Halloran was looking lively in third place; he wasn’t giving up on second place. Hickman tried to pass O’Halloran at Druids, Hickman touched Jason and unfortunately Jason went down, the Australian was fuming!

Ray crossed the line to take a very important victory, Bridewell held on to second place, Leon Haslam finished in third place, Hickman was fourth for now as his move on O’Halloran was under investigation. Glenn Irwin was fifth.

Bradley Ray is in a very strong position in the championship standings, leading with 38 points from Jason O’Halloran.