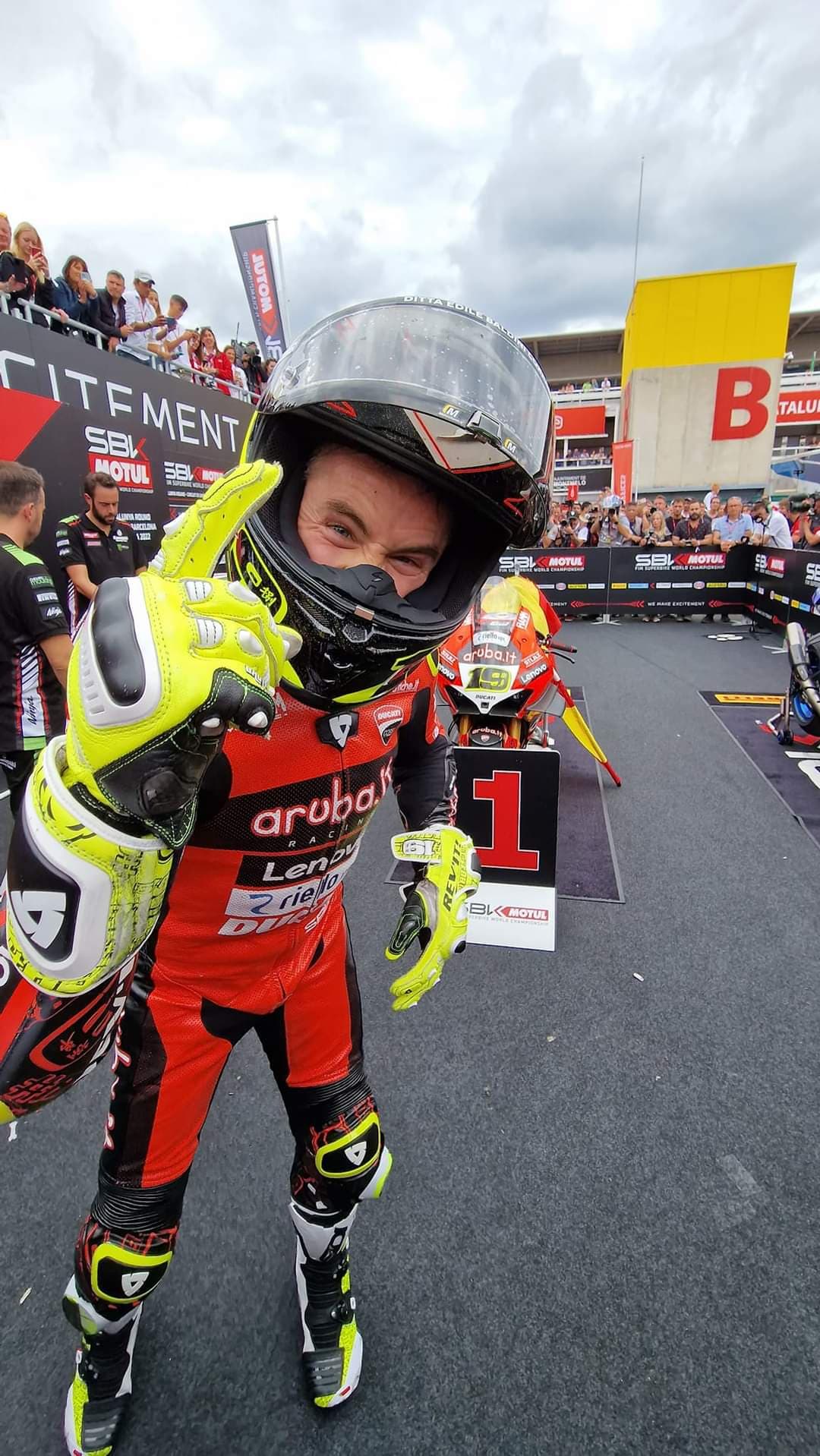 Published on September 24, 2022
By Dawn Hammersley

Alvaro Bautista Dominated Race One, Crossing the Finish line with Over an Eight Second Gap from Second Placed Johnathan Rea.

Honda Racing’s Iker Lecuona was on pole position for the first time of the Spaniards World Superbike career, it was Honda’s first pole position since Buriram in 2016. Kawaski’s Alex Lowes qualified in second place, with team-mate Johnathan Rea qualifying in third place. Ducati’s Alvaro Bautista qualified in fifth place; Yamaha’s Toprak Razgatlioglu will start race one from the third row in eighth position.

Alvaro Bautista lead the field into turn one, Toprak made a fantastic start getting into second place. Rea went backwards and was down in ninth place. Alex Lowes was in third place, Rinaldi got up to fourth place.

Rinaldi made a move on Lowes for third place, Lowes made a move to retain the third place. Pole man Lecuona was in fifth place battling with Axel Bassani. Scott Redding crashed at the start of lap three, Scott was up and ok.

With 18 laps to go the leading trio put in a slight gap on the rest of the field. Rea was moving up the order in sixth place. Bautista was setting the pace at the front and getting into a rhythm, the Spaniard had a 0.6s lead to Toprak. Rinaldi made a mistake putting the Italian rider down in ninth place. Lowes lost the fourth-place position to Lecuona.

Rea was stuck in sixth place, he just didn’t seem to have the pace to make his way up the order, Bassani was letting Rea have the fifth-place position as the two battled at every opportunity. Rea made a move on the Italian rider with 11 laps to go, he managed to hold onto the fifth place. Locatelli joined in the battle for fifth place until he ran wide at turn nine, which put the Yamaha rider down to eighth position.

With nine laps to go Rea was catching his team-mate Lowes for fourth place, would team orders come into play between the Kawasaki riders? Rea passed Lowes with seven laps to go, Rea had strong pace in the latter laps of the race. Rea passed Lecuona and was on the hunt for the second place, Toprak was losing pace and was being caught by Rea with just five laps remaining to the race. Bautista had a seven second lead out at the front.

Bautista crossed the finish line with an eight second gap, Rea finished second with Gerloff getting his first podium finish of 2022 in third place. Rinaldi was fourth, Toprak just held onto fifth place.

Bautista now leads by 44 points from Toprak, with Rea behind Torak by just six points.