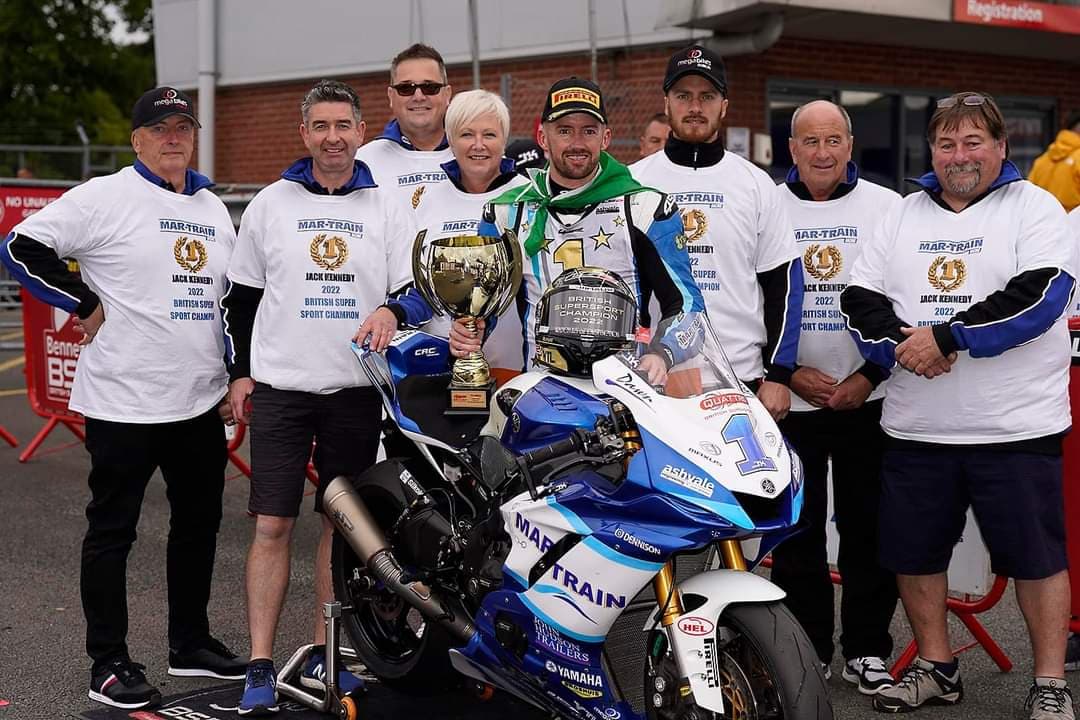 Mar-Train Racing’s Jack Kennedy fought his way back after being hit with a long lap penalty during Round nine of the British Superbike Championship to finish third on the podium in his final Supersport race of the series.

Following a DNF in Race one on the Saturday due to a technical issue, the Irish man took the lead in the opening lap of Race two on Sunday. But Luke Stapleford was hot on Kennedy’s wheels and overtook the Mar-Train machinery into Lodge. However, contact between the two bikes resulted in a crash for Stapleford and a long lap penalty for Jack.

Following his long lap, the reigning Supersport Champion re-joined the front group in fourth place and just over 3 seconds adrift of the race leader with 5 laps remaining. Jack then set the fastest lap of the race closing the gap between him and the front three.

In the final lap the Dubliner managed to catch Perrin and take third position into the final corner resulting in his 17th podium of the year.