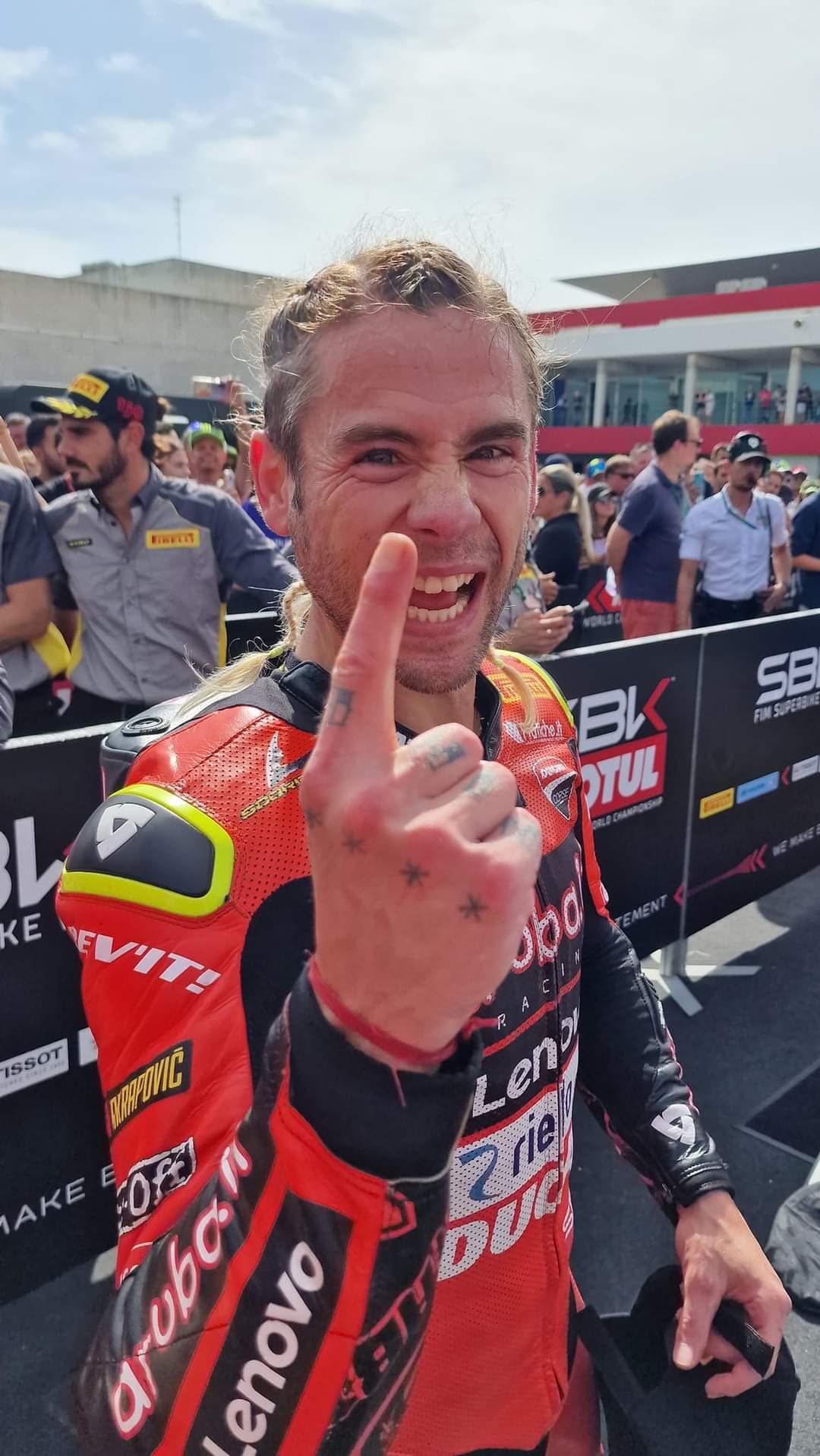 Published on October 9, 2022
By Jack Hammersley

It was perfect weather conditions for the riders, Toprak Razgatlioglu was looking for his second treble of his career. Alvaro Bautista wanted to extend his championship lead whilst Jonathan Rea was searching for his first race win in 17 races. Toprak chose a harder front tyre than the past two races due to high tyre wear.

The lights went out and it was Toprak who took the holeshot with Rea in second and Bautista in third. The Northern Irishman took the lead passing Razgatlioglu at turn five.

Rea ended lap one in first place, Bautista on his rapid Ducati V4R nearly passed the Yamaha of Toprak but was unable to make a move. Michael Ruben Rinaldi and Alex Lowes were hanging onto the back of the top three, could they stay with them?

Bautista had a huge wobble over hill after turn eight with his Ducati gaining some airtime, causing the Spaniard to lose a few tenths of a second.

Axel Bassani was starting to get onto the back of the front five with the Italian looking to move into the top five, but that was soon ended as the MotoCorsa rider crashed out at turn 12 on lap four.

On lap seven Toprak made his move on the Kawasaki at turn one to re-take the lead of the race, Alvaro was coming as he had just set the fastest lap of the race.

Rea retaliated the following lap but ran a little bit wide and the Turkish rider was able to go back underneath to go back in-front. Bautista and Rinaldi were right on the rear tyres of the leaders.

It was three abreast down the home straight heading into the braking zone of turn one; it was Rea who came out ahead with the Aruba.it Ducati of Bautista behind and Toprak had slipped down to third.

On lap ten with power of the Ducati, Bautista took the lead of the race, it was now up to Rea and Toprak to pass the Spaniard through the lap to stop the championship leader from escaping.

Toprak made his move on Jonathan into turn one as he tried to get his R1 back to the front of the race, Bautista was 0.3 seconds ahead, but during the second and third sectors the gap was shrinking to 0.1, but the Turkish rider was unable to get ahead.

Bautista and Toprak were beginning to drop Rea, Toprak attacked Bautista into turn 13 on lap 14, a perfect block pass, but the Spaniard was able to move back in-front and hold the position through turn one.

After this Bautista upped the pace and started to pull out a gap over the reigning World Champion to 1.1 seconds in three laps. The R1’s rear tyre looked to be giving up.

Alvaro Bautista crossed the line to win Race Two at Portimao ahead of Toprak Razgatlioglu and Jonathan Rea, their 16th joint podium of the season.

Michael Ruben Rinaldi finished in fourth place ahead of Kawasaki’s Alex Lowes and PATA Yamaha’s Andrea Locatelli. Scott Redding was able to end his tough weekend with a seventh place ahead of HRC’s Xavi Vierge who just held off Garrett Gerloff and Loris Baz who rounded out the top ten; two-time MotoAmerica Champion Jake Gagne picked up the final points paying position in 15th.

Bautista leads the championship by 56 points over Toprak with Rea a further 26 behind with three rounds to go and 186 points now up for grabs.