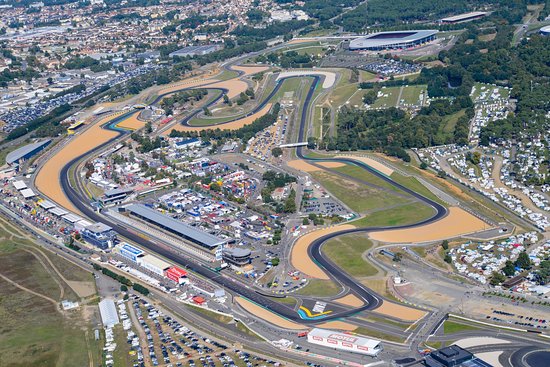 Championship Leader Remy Gardner took his first non-podium finish last time out in Jerez finishing in fourth position. The Australian has had a very consistent start to his 2021 season campaign, being fast at every circuit they’ve gone to. Remy took a second place finish at Le Mans last season in mixed conditions, he’ll be looking for a repeat result this weekend and his first win of the season to extend his championship lead.

After taking his maiden Moto 2 victory last round, Federal Oil Gresini Racing’s Fabio Di Giannantonio has closed in on the championship lead, currently in fifth place and has great momentum heading to Le Mans. Fabio has had success at Le Mans, winning in 2018 in the Moto 3 class before losing the win due to track limits. Fabio will be looking to take his third podium of the season.

Marc VDS’s Sam Lowes sits in second place in the championship, three points behind Red Bull KTM Ajo’s Remy Gardner. The Brit returns to the circuit where he took his first Moto 2 victory in his Moto 2 racing career. Sam is usually strong in mixed conditions from his experience in the British Supersport championship and will be looking to reclaim the championship lead this weekend.

SKY VR46 Racing’s Marco Bezzecchi took his first podium of the season at the Spanish Grand Prix after struggling with rear grip issues during the races. Marco also took a podium at Le Mans last season, finishing in third place. Marco was very strong in mixed conditions in the Moto 3 class and will be looking to maintain that form this weekend with the unpredictable weather.

Rookie Raul Fernandez has been the biggest surprise in the Moto 2 class this season, taking two podiums including a win at Portimão. Raul fell back to fifth from second at the Spanish Grand Prix having dropped back due to tyre problems. He’ll be looking to return to the podium and fight for the win.

Petronas Sprinta Racing’s Jake Dixon will return after missing out on Round Four due to a concussion sustained at turn seven in Moring Warm-up. Jake lead for the majority of the French Grand Prix last season before losing the front and crashing out of the lead at turn 14 from what was an assured podium finish. With similar weather looming over this weekend, this could be Jakes chance to take his maiden Moto 2 podium.

BSB: Milwaukee Summer Grand Slam To Return In August With A £50,000 Prize.