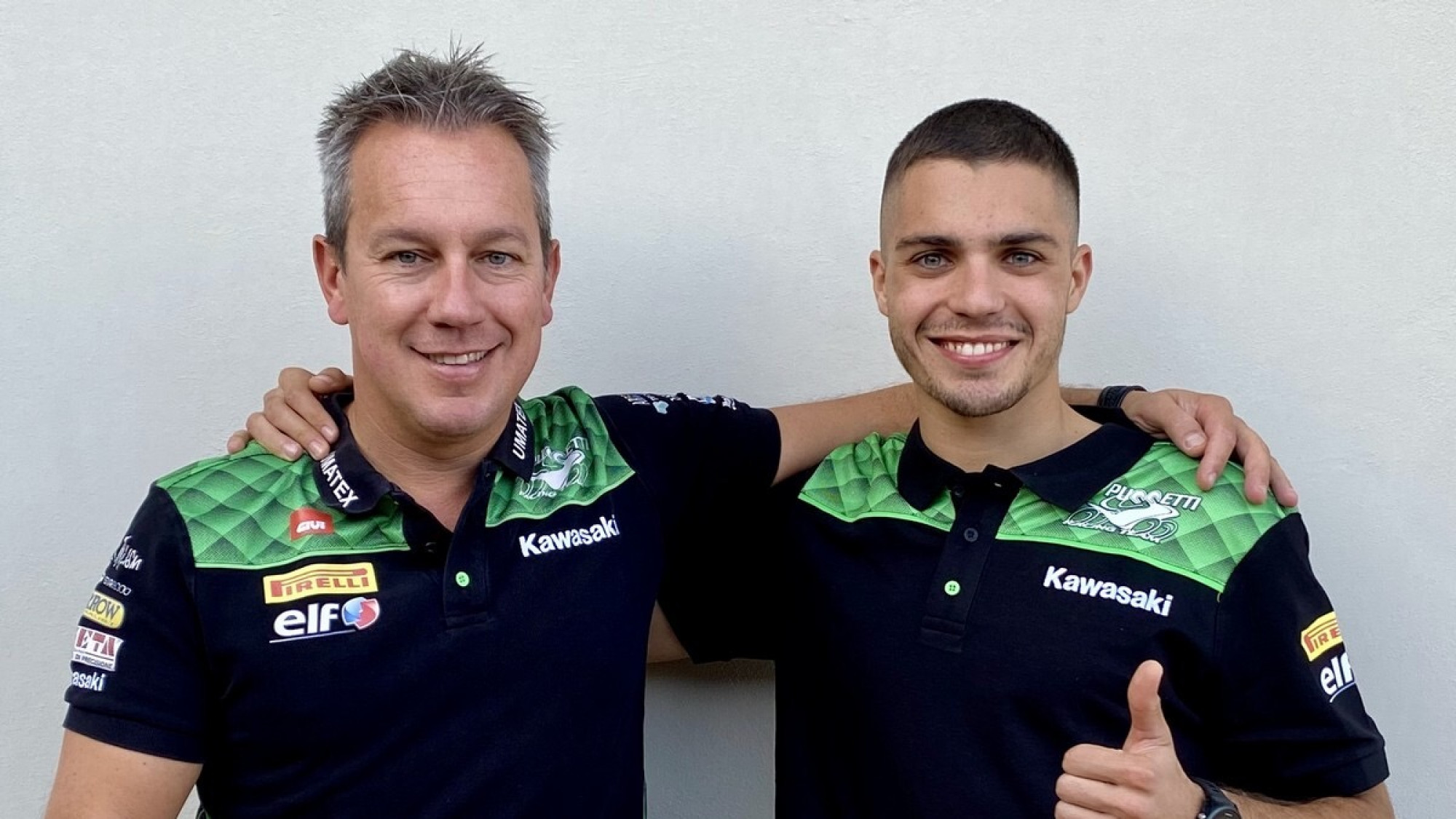 WorldSSP: Yari Montella Secures A Ride With Kawasaki Puccetti For The 2022 Season.

Published on November 3, 2021
By Dawn Hammersley

Yari Montella Made His Debut For The Kawasaki Puccetti Team In 2021 As A Replacement Rider Which Secured A Full-Time Ride For The Italian Rider.

Italian rider Yari Montella made a one-off appearance in the WorldSSP Championship during the 2021 season, Yari took part at The Motul Portuguese Round at The Autodromo Internacional Do Algarve. He adapted to the WorldSSP machinery straight away, he claimed tenth place in The Tissot Superpole Session, in Race One he kept hold of the the tenth place, in Race Two he finished in a very solid sixth place.

Yari is more known for his time in the Moto2 Championship, he competed in seven races before his season was hampered by injuries. He will line-up with team-mate Turkish rider Can Öncü , the young riders will be aiming to challenge for the 2022 WorldSSP Championship Title.