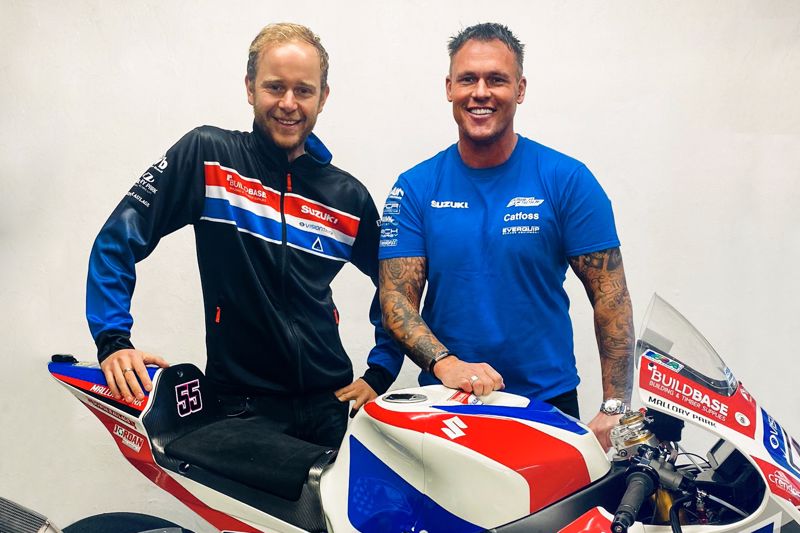 Published on November 26, 2021
By Dawn Hammersley

Powerslide Catfoss Racing Take on Their Second Season In The British Championship With A New Team Manager.

Stoke-On-Trent based Powerslide Catfoss Racing Team have announced they will be running in the Bennetts British Superbike Championship for the 2022 season. The 2021 season was the team’s maiden season in the British Superbike Class.

Powerslide Catfoss’s Superbike rider South African rider Bjorn Estment scored points in in five races during their first season. The team over achieved in all their 2021 targets, as a result the Powerslide Catfoss Team have extended their relationship with Hawk Racing, who were very involved with the team’s development during their first racing season. Hawk Racing is the team behind the official factory Suzuki effort The Builbase Suzuki Team.

Experienced British Superbike, World Supersport and MotoGP rider James Ellison will take on the new roll as team manager, with over several years in the racing world James will be a great addition to the team, bringing a wealth of knowledge to the team and will be a great support to the riders.

The team will announce their 2022 rider-line-up in the coming weeks, we wish the Powerslide Catfoss Team all the best for their second season in the Bennetts British Superbike Championship.