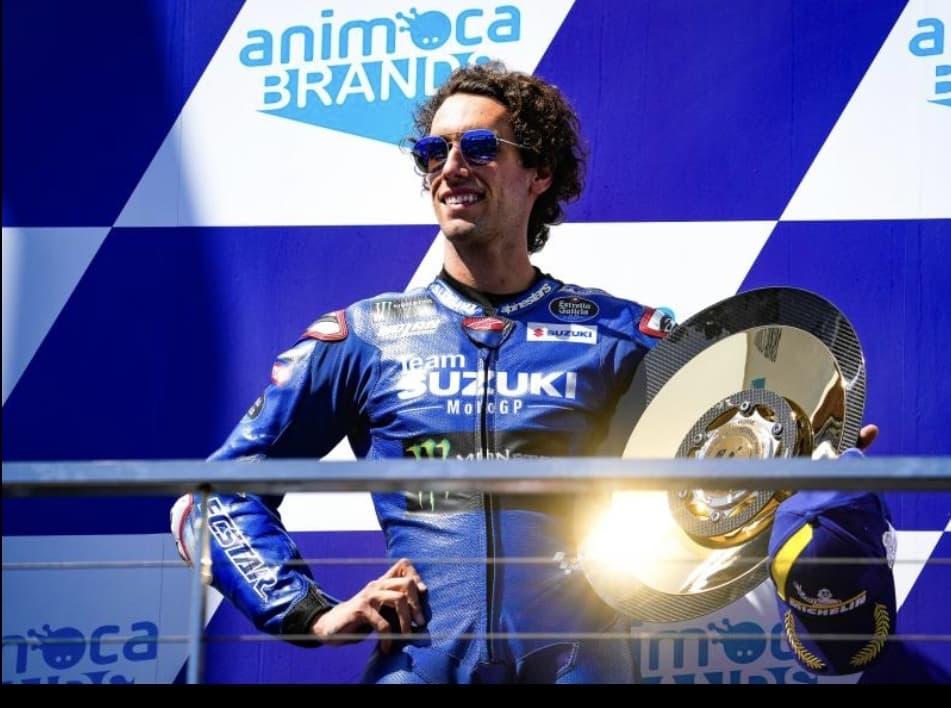 Published on October 16, 2022
By Jack Hammersley

It was cold in the air, but the track temperature was the hottest of the weekend and the tyre choices were very mixed. Francescco Bagnaia was running the medium front and hard rear as were the likes of Fabio Quartararo and Alex Rins. Jorge Martin who started from pole chose the hard front and hard rear. Marc Marquez was the only rider to use the soft rear.

Coming to the grid Pecco struggled to engage his holeshot device and nearly started in the wrong grid slot because of it. The lights went out and it was Jorge Martin who led Marc into turn one, Pecco who was unable to activate the holeshot device dropped back and was overtaken by Fabio Quartararo before the approach to turn one. Pecco turned his GP22 underneath the M1 to move into fourth and then passes Aleix Espargaro into Miller Corner to move back into third place and miraculously lost no places off the start. Alex Marquez had jumped up to seventh place on lap one.

Jack Miller was the man on the move, after starting in eighth he began to make progress, passing Luca Marini at the MG hairpin, then he out-dragged Quartararo down the start-finish straight. Joan Mir set the fastest lap of the race and was charging through the field into eighth place. The Thriller was feeling at home on his Desmosedici as he passed Aleix into MG as he did on Marini the previous lap.

Marini was the next rider to pass Quartararo, the Frenchman was struggling to maintain track position. Fabio tried to pass Luca into Miller corner and the bike snapped sideways and he was forced to run on and rejoined behind his team-mate Franky Morbidelli in 22nd position, this was now a damage limitation job for the World Champion.

Miller executed the same pass on Pecco into MG and although he didn’t make it stick the first time around, on the second attempt he made it stick, but the Italian wasn’t giving up his podium place and passed his team-mate into turn one.

Suzuki’s Alex Rins who started from tenth place was the next rider to be on the move and found his way into the top five and overtook Miller into turn two to move into fourth, using the Suzuki’s natural turning ability to his advantage, the Spaniard then set sights for his first podium since the American Grand Prix.

Quartararo was behind Darryn Binder and Cal Crutchlow but was running a similar pace to the leaders and was only 5.5 seconds behind. Rins executed the same move on Pecco and was now in third.

Aleix passed Miller into turn one, which disturbed the Australian’s rhythm and dropped behind Marco Bezzecchi. Alex Marquez made a big mistake in the braking zone of Miller corner and smacked into the back of Jack and their pair of them were out of the race and that was the end of Miller’s championship hopes. This promoted Quartararo into 15th and into the points.

Alex Rins got a great run out of the final corner and was able to pass Marquez down the straight onto lap 11. Fabio Quartararo was down! At the same corner where he DNF’d in 2019 he fell victim to turn two again, this was Pecco’s chance to gain a good advantage in the championship.

Pecco after getting the crucial championship information passed Marquez down the straight to move back into third place, but Marc was able to pass him back. The other Aussie on the grid Remy Gardner was having one of his strongest rides of the season and was fighting for the top ten places, just falling behind Johann Zarco who was recovering from a poor start.

Rins pulled the pin and made his move on Martin, the Prima Pramac Racing rider took the place back at turn two, but Rins had such great acceleration into Stoner corner and moved into the lead. Pecco then pounced as well as Marquez.

Pecco then passed Rins to take the lead of the race for the first time, Marquez wanted to stay on the back of Pecco and moved back into second, out-braking Rins into the formerly named Honda Hairpin.

Rins attacked Marquez into turn four on lap 17 with Martin following suit on Marco Bezzecchi to regain fourth place. The Martinator then passed Marquez into the Hayshed on lap 18, the pace was slowing beginning to heat up.

Marquez looked uncomfortable in fourth place and passed Martin into MG, forcing the Pramac rider wide and allowing Mooney VR46’s Bezzecchi back into fourth. Bez then went up the inside of Marquez to move into the podium places for the first time in the race. Meanwhile Rins had retaken the lead of the race.

Pecco used the power of the Ducati to go back into the lead, Bezzecchi rode around the outside of Rins at turn two and it was now a VR46 Riders Academy one-two, Marquez who refused to not be anywhere, but the podium places forced his way passed Rins into third place.

Rins reattacked Marc on the entrance of turn two, but ran wide, but the Suzuki still had immense acceleration out of turn two to pass Marc, Martin then pounced on the eight-time World Champion, the Repsol Honda rider then took a page out of Rins’ book and passing Martin at the entry of turn two.

With three laps to go Bezzecchi was being the perfect shield for Pecco as Rins and Marquez couldn’t find a way passed, Rins used the acceleration out of turn two to go up the inside of the Italian to move into second place; Marquez braked as late as he dared and just passed Marco to move back into the podium places.

On the penultimate lap Marquez turned the Honda underneath the Suzuki through turn two but Rins once again accelerated passed the Honda into Stoner Corner. It was any of seven riders’ chance to win the Australian Grand Prix onto the last lap!

Rins attacked Pecco into turn two which forced the Italian wide and that allowed Marquez through, Pecco was unable to respond into the Miller hairpin, but Bezzecchi and Marini were behind so he wouldn’t really have to worry about losing the podium. Rins was riding very defensive through all the corners, it was a run to the line, and it was Rins who took the victory! Alex Rins took his first victory since the Aragon Grand Prix in 2020 and Suzuki’s first win since the 2020 European Grand Prix.

Marc Marquez took his first podium of the season and his first since his victory at the Emilia Romagna Grand Prix last year. Pecco Bagnaia bagged some very crucial 16 points and rounded out the podium and that puts him into the lead of the championship.

Marco Bezzecchi held on to fourth place securing himself as the Rookie of the Year, Enea Bastianini stole fifth place off Luca Marini in the final sector to take fifth with Martin and Zarco rounding out the top eight.

Francesco Bagnaia after being 91 points down in Round 10 at the German Grand Prix now leads the champinship on 233 points, 14 ahead of reigning World Champion Fabio Quartararo. Aleix Espargaro is in third 27 points behind which means he’ll need to beat Pecco by 3 points or move to keep his title hopes alive. Enea Bastianini still has a championship hope but is 42 points behind Pecco, so his chances are virtually over.

With two rounds to go the championship battle once again turns on its head as they head to Sepang for the Malaysian Grand Prix and their first race at the circuit since 2019 although they have done pre-season testing earlier in the year.