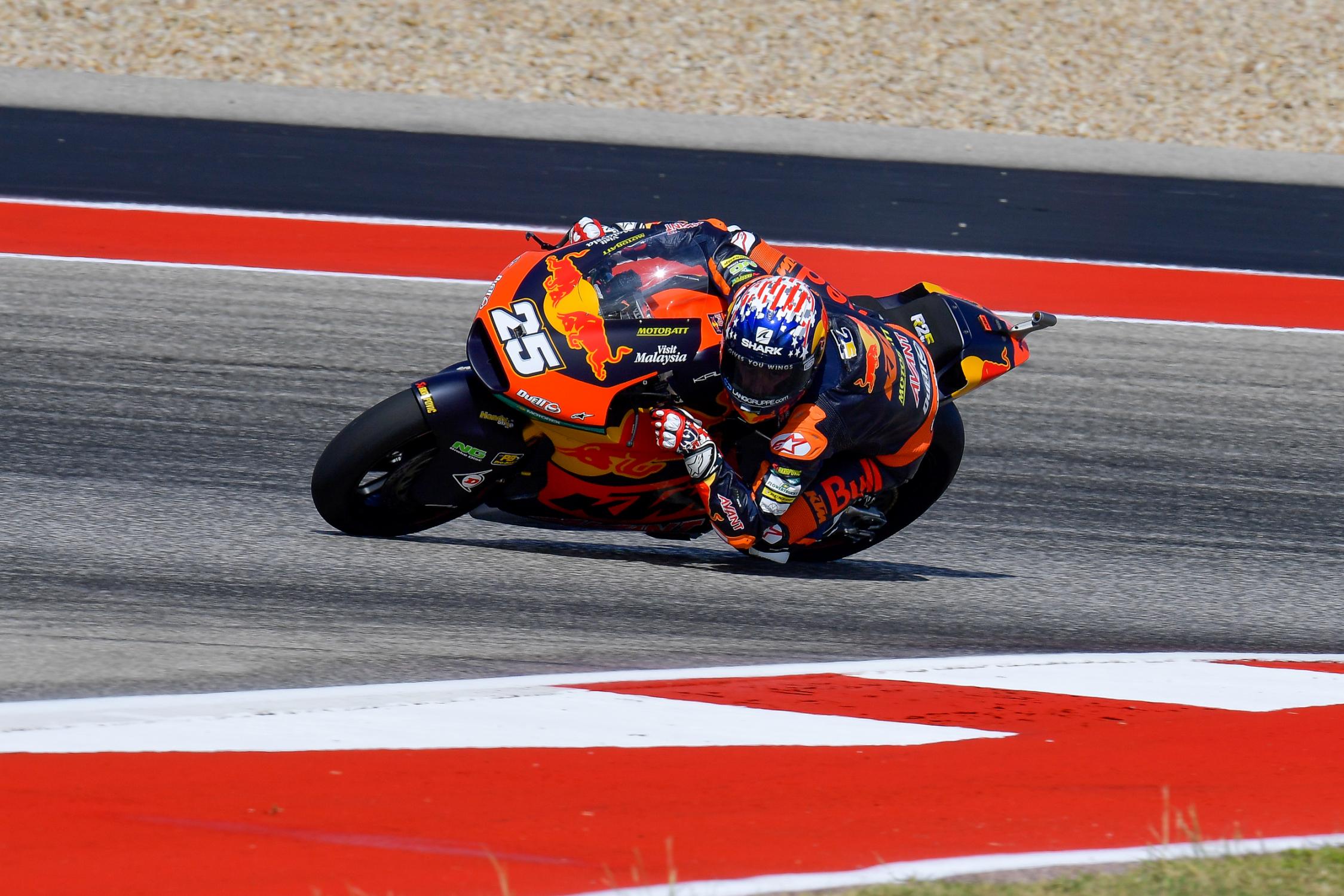 Published on October 2, 2021
By Dawn Hammersley

Raul Fernandez Takes pole at the Circuit of the Americas

The conditions were clear blue skies with hot track temperatures but all the riders were struggling with the nasty bumps and ripples in the circuit.

In Q1 Marcos Ramirez, Celestino Vietti, Somkiat Chantra and Tony Arbolino were able to make it through to Q2 with home rider Joe Roberts down in 12th meaning he will start from 26th on the grid tomorrow! It’s just not going well for Roberts at the moment.

As the Q2 session started it was Fabio Di Giannantonio who set the opening pace with in Vietti second and Raul Fernandez in third. Jorge Navarro crashed at turn 11 on his opening lap, not what the Spaniard needed.

With six and half minutes remaining off the session, championship leader Remy Gardner went to the top with a 2:09.197 with Marco Bezzecchi moving up to fourth place and other American rider Cameron Beaubier was in fifth an considering his qualifying record this season he could be a dark horse for a debut podium finish tomorrow.

Sam Lowes was down in 15th place and seemed to be struggling and it didn’t get any better as Sam lost the front at turn four with four minutes remaining of the session.

Remy Gardner will start in second and Fabio Di Giannantonio will start in third. SKY Racing VR46’s Marco Bezzecchi will head the second row in fourth with Cameron Beaubier in fifth and Augusto Fernandez in sixth. Tony Arbolino will start in seventh with Ai Ogura in eighth and Albert Arenas in ninth, Celestino Vietti rounds out the top ten. Britain’s Jake Dixon will be 13th on the grid for tomorrow’s race and will therefore head the fifth row.