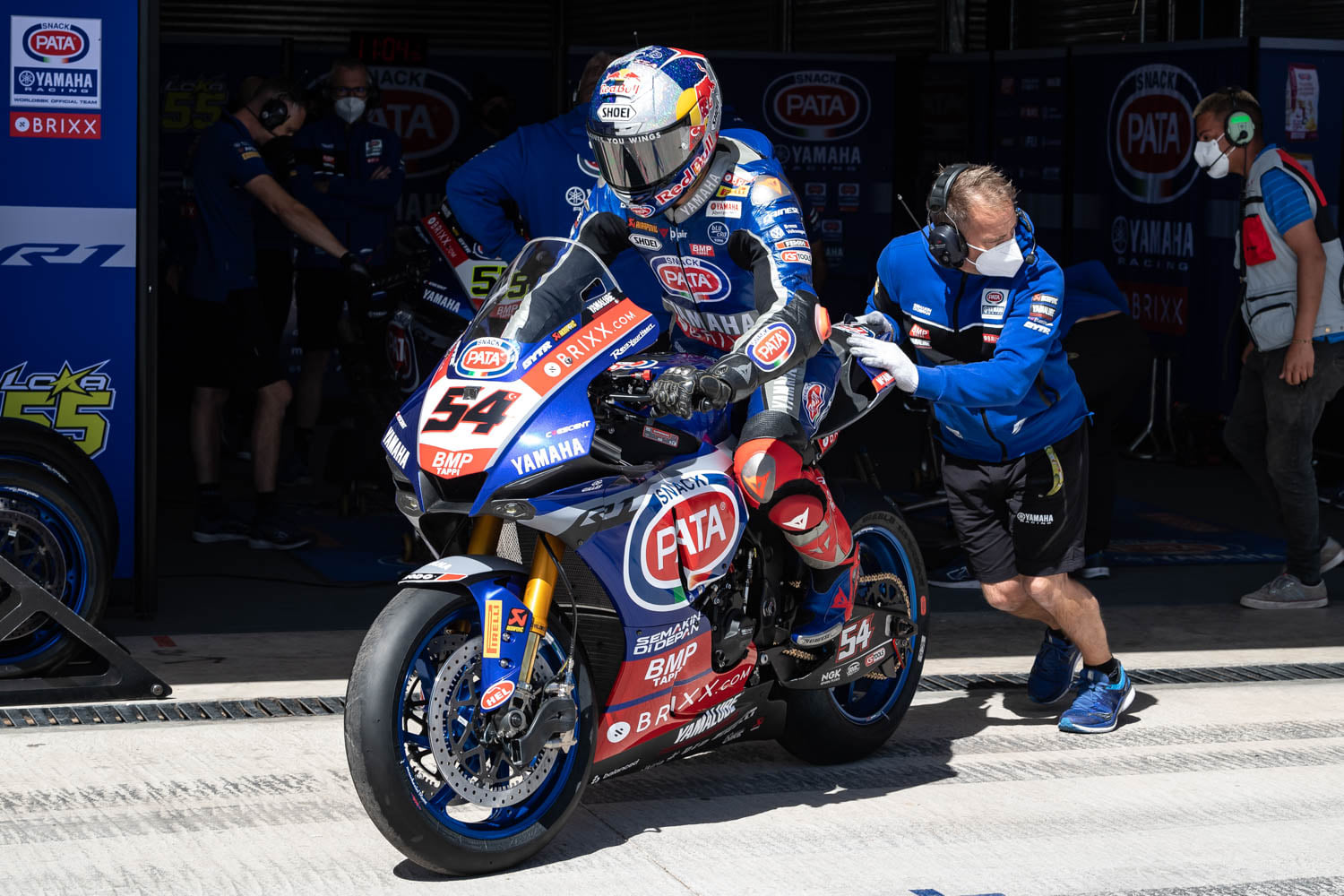 Published on October 17, 2021
By Jack Hammersley

Toprak Razgatlioglu Wins the penultimate sprint race of the season

The weather was hot and sunny as the riders were ready to go, Scott Redding was looking to avenge his turn one mistake yesterday, Toprak was looking to repeat his race one performance and Rea was trying to stop Toprak momentum.

The lights went out and it was Toprak who took the holeshot into turn one with Redding in second and Rea in third. Alex Lowes was in fourth place and Andrea Locatelli was fifth.

Redding tried to pass Toprak down the straight, but Toprak was able to out-brake the Brit to stay in-front. It was now vital that the Ducati rider got into the lead.

By the end of lap two Redding was still on the back of Toprak, but the championship leader was able to stay in-front and hold Scott off.

Onto lap three Axel Bassani was able to use the power of his MotoCorsa Ducati to overtake Lowes down the straight and move up into fourth place. Redding then ran wide and made a mistake at the penultimate corner and that gave Toprak and eight tenth gap at the end of the third lap.

There was a four way battle for sixth place between Locatelli, Michael Ruben Rinaldi, Michael Van Der Mark and Garrett Gerloff. Rinaldi was able to slip underneath the Yamaha of Locatelli at turn eight to move up into sixth place.

At the end of lap six Scott Redding set the fastest lap of the race and was trying to close in on Toprak to keep his title hopes alive.

On the penultimate lap of the race Lowes went very wide into turn one and dropped from fifth to ninth, a costly error for the Kawasaki rider. Meanwhile Redding was hot on Toprak’s heels as they headed onto the final lap.

Into turn seven Redding sent it up the inside of Toprak but ran wide, allowing Toprak to regain the lead and giving himself enough of a buffer to stay in-front on the back straight.

Toprak ran a little wide at turn 15, but despite pulling alongside the Yamaha Redding couldn’t get the win and Toprak took his second win of the weekend. Rea was in third, picking up the 7 championship points. Axel Bassani finished in fourth with Michael Van Der Mark rounding out the top five. The Yamaha’s of Locatelli and Gerloff were sixth and seventh, Rinaldi was eighth and Lowes took the final point in ninth.