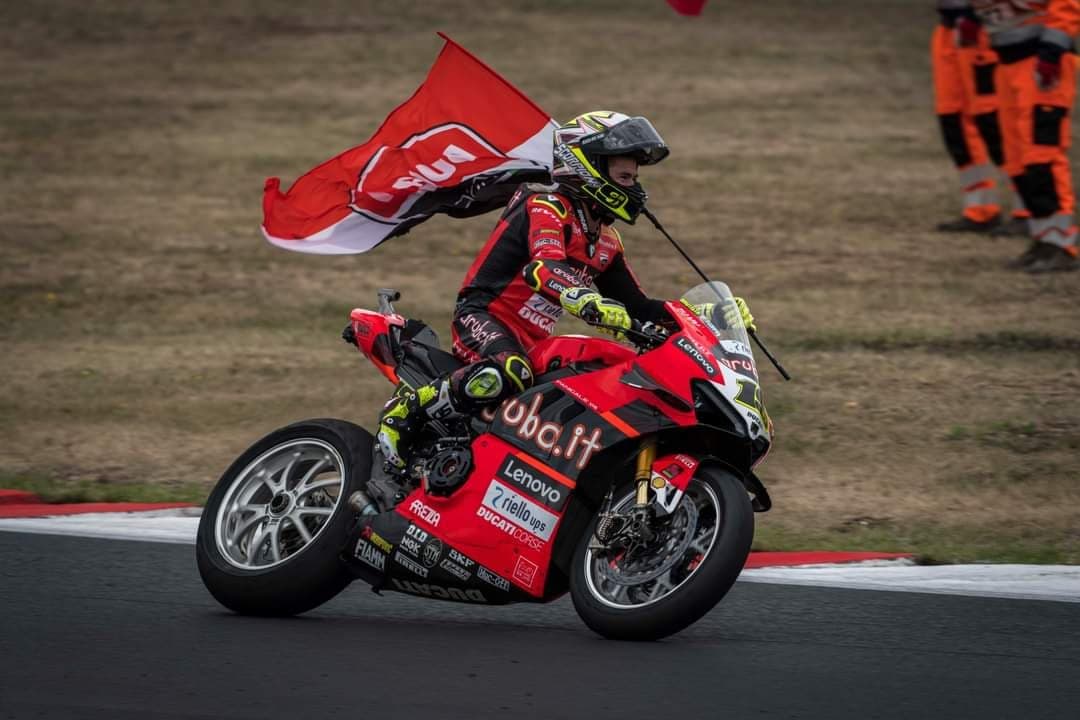 Alvaro Bautista extended his championship lead in what was a thrilling encounter at the Czech Grand Prix, held at Autodrom Most.

Once again, it was a battle between the three title protagonists of the championship (Bautista, Toprak and Rea) that took place in dramatic fashion with Scott Redding also included in the battle with the trio, onboard his BMW.

The championship leader had to work hard for his victory in the Czech Republic, as the Spaniard had lied in third for most of the race, especially in the early parts where Toprak and Rea battled it out for the lead. However, with less than 17 laps to go during the race, the No.19 closed up immediately to the Yamaha and Kawasaki, sweeping past Toprak with 13 laps to go, followed by overtaking straight away on the Northern Irishman with 12 laps to go, and was never headed after that, to clinch his seventh victory of the season.

With Bautista disappearing from the pack, all eyes were on the battle for second place. Once Alvaro had got away at the front, Redding came to join his compatriot and the reigning champion in the battle for 20 points. The Gloucester born BMW rider got past Toprak with eight laps to go, and closed on the six-time champion Rea, whom he passed with seven laps to go. Then, Razgatlioglu fought back from them both to clinch second but Scott held on to clinch his second podium of the season and move into ninth place in the championship standings.

Toprak forced Redding off the track which ended up with the two Brits battling it out for the final position and Rea gave everything but Redding held on to stay on the podium. All this meant Jonathan Rea missed out on the podium and had to settle for fourth position. This left Jonathan on 242 points, 29 points behind Bautista, as Toprak slightly closed the gap to the Kawasaki rider with him on 223.

A great ride for Redding, as that podium really put the 2019 British Superbike champion in the mix for the battle of the best of the rest of the 2022 World Superbike Championship. Andrea Locatelli still leads that battle for best of the rest in fourth place on 134 points, but the battle in the standings is really shaking up now as Rinaldi is 5th on 128, Lecuona sixth on 124, Alex Lowes 7th on 113, Bassani eighth on 99, with Redding 9ninth now on 95.