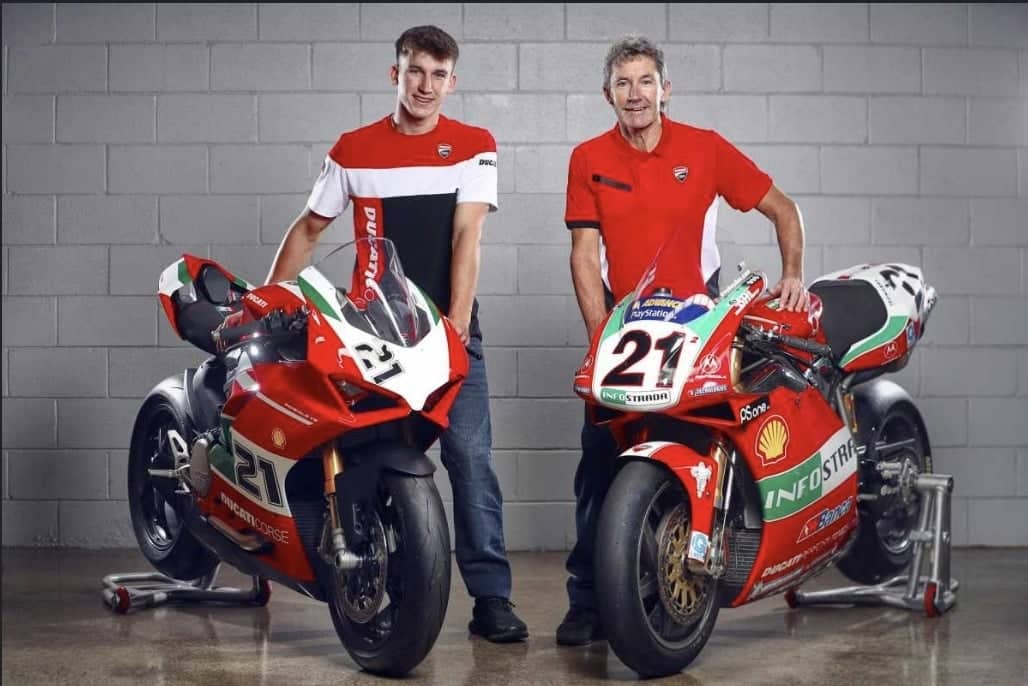 Published on October 29, 2021
By Dawn Hammersley

Australian rider 18-year-old Oli Bayliss will be riding for The Barni Ducati Team in the WorldSSP Championship for the 2022 Season. Oli’s famous father Troy won three WorldSBK titles during his iconic career, having also competed in the MotoGP Championship and winning the British Superbike Championship back in 1999.

After five-years of racing he is now set to enter the WorldSSP stage for the 2022 season, Troy thinks it’s a great opportunity for his son and hopes he enjoys riding the Ducati V-twin.